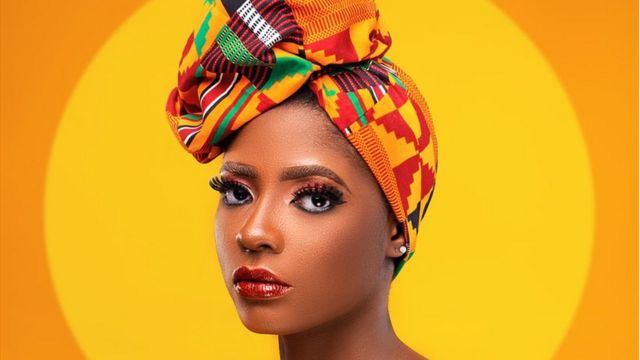 Omotara Akanni who became an internet sensation with Motara (Motaraaa) or TheLadyMotara is a Nigerian influencer, socialite, content creator, and entrepreneur.

She became one of the most talked-about Nigerian influencers in late November 2020, after the video of her mocking a child beggar with a Fearless energy drink while inside a car went viral.

Motara was conceived on 27 October 1995 in Ibadan, Oyo State.

Born and also brought up in a small village in Ibadan by her mother who wasn’t financially balanced, Motara was forced to face a bit of difficulty while growing up.

She has explained in several cases through series of tweets and posts that she wasn’t brought up in poverty but poorverty.

Her mother is a hawker who did all she could to make sure she and her brother were alright on their level since her father abandoned them while she was just 6 years of age.

Motara had her primary and secondary school education in Ibadan in Oyo State.

She proceeded to the Polytechnic of Ibadan, where she bagged her degrees in Microbiology.

Motara wasn’t born with a silver spoon, so she had to halt most of her dreams in an early stage. She was so much after her school degrees with the help of her mother.

She was all about, “If I get these degrees, I can secure my future” since she was raised by a mother who was not made.

Omotara while studying got herself involved in several social activities including influencing. She became respected as her background was always dished out on social media through her tweets.

She was classed as one of the Nigerian influencers (women) with the ability to make an impact in the new generation.

Through these, she has achieved a lot of deals ranging from ambassadorial deals to being part of big organizations.

This feat staggered in late November when she posted a video of her mocking a child beggar claiming it was for fun purposes on her WhatsApp. The video immediately received unhealthy criticism from her contacts.

Due to the backlashes, she rapidly took down the video, shortly after the video was taken down, it surfaced on Twitter. The video immediately became a global matter as it was tagged “Inhuman and go against the moral stand of the society.”

The viral video trended nationwide and also trended in other countries including the United States Of America (USA) and France amongst others.

The video was also featured on top websites such as BBC and Worldstarhiphop.

Due to the video going against every moral standard globally and much criticism, Motara lost most of her endorsement deals and was lifted off most of her jobs. Her Twitter account @Motaraaa was also suspended.

I, Motara sincerely regret my actions, which has made my life crumble before my eye…. never bargained for this ☹😢😓

I got my accounts suspended, endorsement deals lost…. got disgraced internationally. I promise to do better for the world

What one sees as a normal cruise has now become the end of me.