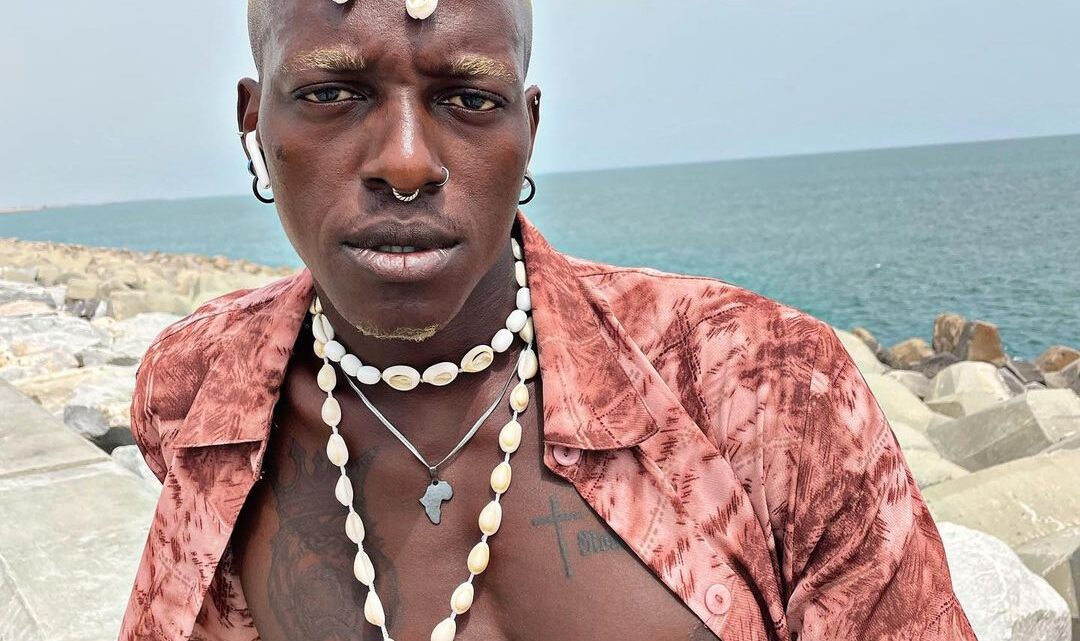 He has appeared in the music videos of artists such as Davido, Ajebo Hustlers, and Burna Boy. He has performed some of his dance pieces at cultural festivals in Lagos, Glasgow, and Rotterdam.

BBNaija Hermes Iyele has taught dance lessons to students in Africa and Europe. He is currently a housemate in the 7th Season of the Big Brother Naija reality show.

BBNaija Hermes Iyele was born on the 21st of April 1997 in the city of Lagos. His mother is Mrs. Isioma John. He comes from a family of five. He has a sister named Isioma Iyele and a brother named Kuthumi Iyele. Isioma Iyele is a sociologist. Kuthumi Iyele is a Yoga Teacher. He hails from Delta State, Nigeria.

He comes from a humble background and grew up on Lagos streets. He had a tough upbringing which exposed him to the struggles faced by low-income families in Nigeria. Growing up, he lived in different uncompleted buildings and attended public-owned schools.

When he became a teenager, he gave himself the nickname Hermes. He is a very creative personality. Hermes Iyele is a gifted dancer and was a popular kid in his neighborhood because of his superior dancing skill. He competed in several dancing competitions in Lagos City as a teenager.

He is an alumnus of Gbagada Senior Grammar School.

Due to financial restrictions, he was unable to pursue tertiary education.

From his teenage years, BBNaija Hermes Iyele decided to transform his passion for dancing into a professional career. He took dance lessons to become a better dancer and learned how to use dancing to tell a story.

Hermes launched his creative career by working as both a dancer and model in Lagos. He has modeled for different brands on commercial gigs such as Television Commercials (TVC), billboard ads, and fashion shows.

He has performed as a solo artist at different festivals in Lagos. He also collaborated with other artists to create different works, which were performed at shows in Nigeria. Hermes Iyele has performed dance pieces at festivals held in Glasgow and Rotterdam. In 2018, he organized a paid dance masterclass in Germany, which university undergraduates in the country attended.

BBNaija Hermes Iyele has done work with African Artists’ Foundation. He was an artist-in-residency at the foundation in 2021. The residency allowed him to teach secondary school students the importance of performance art in society, characterization, and expression. The residency also increased his popularity in the African and Western dance community and helped him secure more gigs.

To reach a wider audience and grow his career, BBNaija Hermes Iyele‘s decided to compete in the Big Brother Naija reality show. After passing through the different audition stages, he was unveiled to fans of the show on the 23rd of July 2022. He competes with other housemates for the grand prize of 100 million naira.

BBNaija Hermes Iyele is a popular face around the Oworo/Ifako/Bariga axis of Lagos State. He resides in the Oworonshoki area of Lagos. In 2020, when a criminal gang, One Million Boys, launched an attack on communities in Lagos, he led other youths in the Oworonshoki community to repel the gang’s attack.

Hermes Iyele is a Christian and worships at Harvesters Pentecostal Church and HICC Community. He loves tattoos and has different images tattooed on his body. He loves to play basketball and American football. He can be found on a basketball court in Lagos when he is not dancing.

His mother, who suffered from a mental illness, went missing in the early part of 2022. However, she was soon found and had been receiving good health care. BBNaija Hermes Iyele was a close friend to the late dancer & video vixen Picture Kodak.

BBNaija Hermes Iyele is currently in a polyamorous relationship with two beautiful women, a Nigerian and a European. Both women are artists. Hermes Iyele‘s fanbase is called the Coolest Tribe.

Hermes Iyele has been able to live a comfortable life from the income generated by his dancing and modeling career.

BBNaija Hermes Iyele‘s net worth is estimated to be US$40,000.