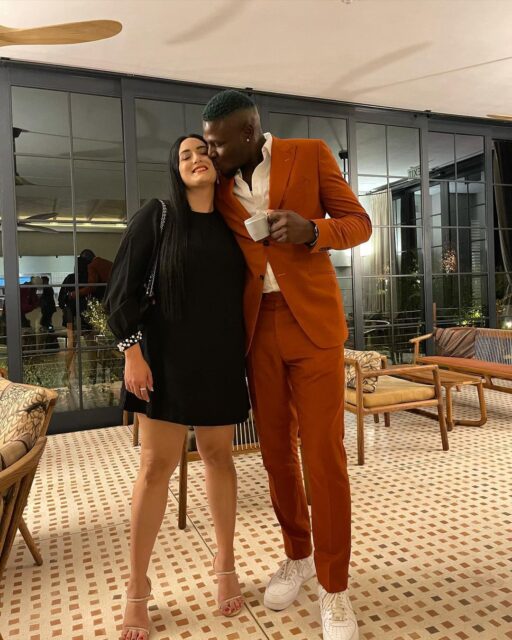 He is from Oyo State and, is currently one of the housemates in the Big Brother Naija season 6 “Shine Ya Eyes” show.

BBNaija Niyi was born in the Oyo State of Nigeria on the 3rd of July 1988.

He is the firstborn of the Lawal family, and he is a lover of basketball.

Since he found love for basketballing, it made him pursue his career to become a basketballer.

He is presently 33 years of age.

The school he studied this course, the year he graduated, and the class of degree he graduated with is still unavailable at the moment.

BBNaija Niyi has tried to build his basketball career, but he could not continue due to his injury. This sudden injury disqualified him from playing important matches, and as a result, his ambition was cut short.

BBNaija Niyi is also an enthusiastic reader, and he is fond of playing board games and card games.

BBNaija Niyi is a very optimistic man who believes that he will be rich and he will do whatever it takes to be rich.

It is seen in his statement that he says, “I cannot be sleeping while others are succeeding.”

BBNaija Niyi stated that he loves sport and travel. He even said in his statement, “without travels and sport. I don’t know where I would be and how life would have been to me”.

He also stated that he would play the role of a single man in the Big Brother Naija house to be fair with every other housemate.

The essential thing to him is to face what he came into the house for and avoid being distracted by ladies.

BBNaija Niyi is a married man. He got married to his wife, Bella Bar Lawal who is Jew by religion. She is Bella Bar Lawal, and she is from South Africa.

Bella Bar Lawal is an event decorator from Israel. BBNaija Niyi is blessed with a boy of three years old named Raphael Lawal.

He described himself as an “optimistic, adventurous and spontaneous” man, while others who have been with him have added that he is energetic.

How He Met His Wife

BBNaija Niyi‘s wife’s name is Bella Bar Lawal, and he explained that he met her at the shop he usually patronizes for his skincare products.

They started as friends after exchanging contacts. In a short while, Bella Bar Lawal got pregnant for him.

This pregnancy brought their only child called Raphael Lawal. They got married and started living together as legal husband and wife.

The reality TV star and engineer, BBNaija Niyi has an accumulated net worth estimated to be $120,000.