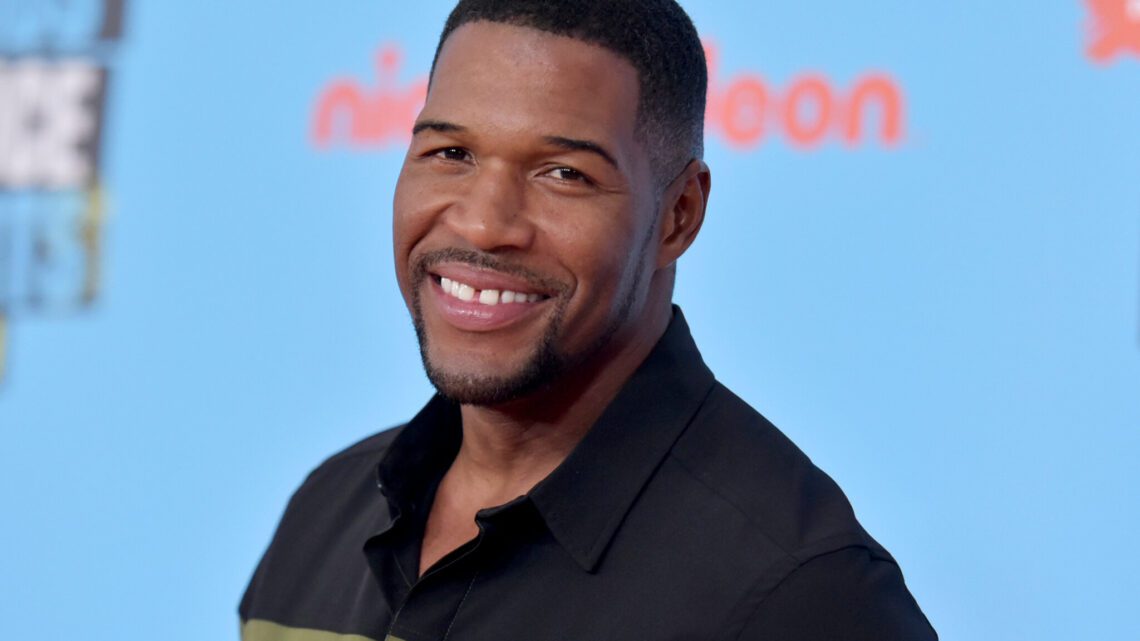 He played professional football in the National Football League for fifteen years with the New York Giants. After retiring from football, he became a TV personality and began working as a football analyst by appearing on the show Fox NFL Sunday.

He has appeared as a contributor and host on leading talk shows in the United States. In 2014, he was inducted into the Pro Football Hall Of Fame.

He has five siblings and is the youngest child of a family of six children. He is a relation of Art Strahan, a former NFL player.

Michael Strahan spent the first nine years of his life residing in Houston before his family moved to Mannheim, West Germany. The family resided in an Army Post BFV (Benjamin Franklin Village).

In 1993, Michael Strahan was drafted into the NFL to play for the New York Giants. That season he played only in six games due to injuries. He went on to have an enviable career with the Giants and stayed with the team for 14 years before he decided to call it quits.

After he retired from the NFL, Michael Strahan decided to build a career in the media business, and so far, he has been successful at it. He is one of the leading media personalities in the United States.

He works as a football analyst and regularly appears on Fox NFL Sunday. He has also landed the role of co-host of ABC’s “Good Morning America.”

More so, he was once the host of the show, Live! With Kelly and Michael. His co-host was Kelly Rippa. He had a good run with the show, serving as co-host from 2012 to 2016. Initially, he was a guest host on the show from 2010 to 2012 and appeared in twenty episodes. In recognition of his work with the show, he won two Daytime Emmy Awards for Outstanding Talk Show Host.

In 2014, Michael Strahan was inducted into the Pro Football Hall Of Fame. He is also a passionate humanitarian and has spearheaded various charity programmes in his community.

Michael Strahan got married to his first wife, Wanda Hutchins, in 1992. Wanda is an entrepreneur, interior decorator and designer. She is the owner of Wanda Home Designs. The couple was married for four years before divorcing in 1996. They have two children: a daughter named Tanita Strahan and a son named Michael Anthony Strahan Jr.

He became married to Jean Muggli in 1999. The lovebirds had met at a spa. Their union has been blessed with twin daughters named Isabella Strahan and Sophia Strahan. The children were born in December 2004. He and Jean Muggli decided to part ways and finalised their divorce on the 20th of July 2006.

He currently resides on Upper West Side, Manhattan, New York.

Michael Strahan is the nephew of Aaron Strahan, who is a former NFL player who was with the Houston Oilers and Atlanta Falcons.

The TV host Michael Strahan has made a fortune from his football and media careers. He had an estimated net worth of US$65 million.