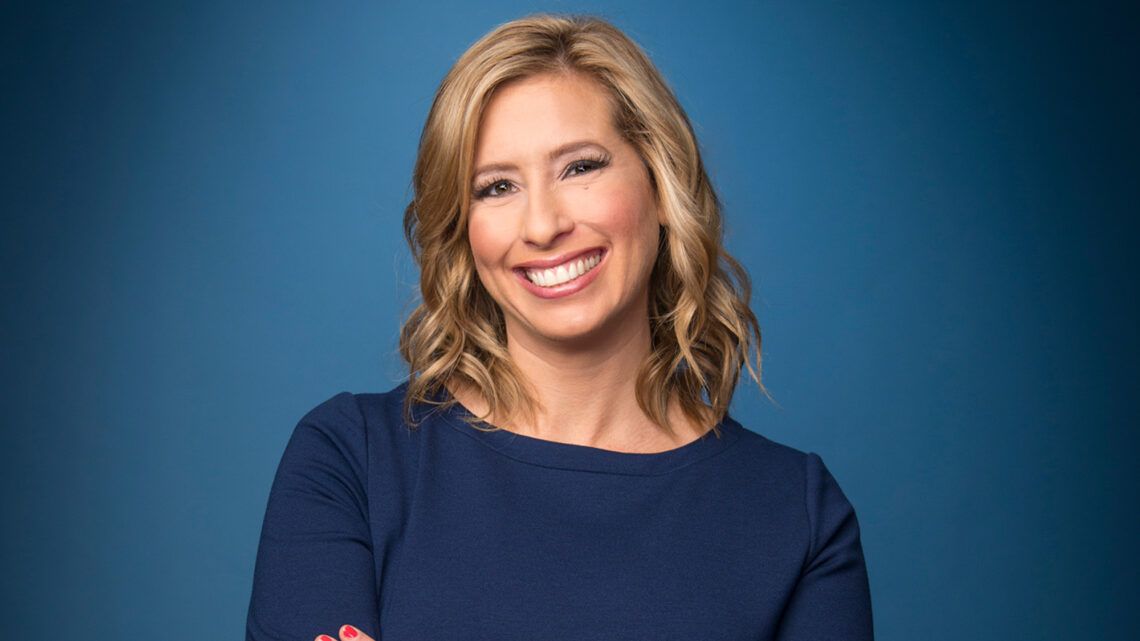 Stephanie Abrams (born October 27, 1978) is a creative career woman whose work cuts across media and meteorology.

She is a successful television meteorologist who, at the moment, works with The Weather Channel (TWC).

Being a guru at what she does, she started working with TWC in 2003 after starting her career in the industry in 2000 at the age of 22.

Stephanie Abrams was born to the family of Mr. and Mrs. Barry Abrams on the 27th of October 1978.

She is a native of Wellington, Florida, United States. A goal-oriented woman, she started fending for herself at the age of 22 upon graduation.

Co-hosting of TWC’s show AMHQ with Jen Carfagno and Jim Cantore at present, Stephanie Abrams got her first job as a meteorologist at the age of 22 and her second job at the age of 25.

Then-President and current member of the Florida chapter of the American Meteorological Society (AMS), Stephanie Abrams, is also a member of the National Weather Association (NWA).

During her time at Florida State University as a Meteorology undergrad, Stephanie Abrams, alongside her course mates were opportune to practice on-air forecasts on the Florida State University student-run news and weather production on a Tallahassee cable channel, “FSU Live.” In addition, she was among the few students in her field that worked as a teaching assistant.

Kick-starting her career in the media industry as a meteorologist at the age of 22, Stephanie Abrams has worked with many famous media companies – with WTXL, the ABC affiliate in Tallahassee, Florida becoming her first workplace.

She has worked with other famous companies, including, The Weather Channel, where she worked as a reporter and fill-in between 2003 and 2005. In addition, she co-hosted Wake Up With Al with NBC’s Al Roker on weekday mornings between July 20, 2009, and 2015.

Between 2012 and 2013, Stephanie Abrams co-hosted The Weather Channel programs On The Radar. Between 2009 and 2014, she co-hosted Morning Rush on weekdays – formerly Your Weather Today. She now co-hosts AMHQ with Jen Carfagno and Jim Cantore.

The 43-year-old television meteorologist, Stephanie Abrams has a significant following on the internet. She has over 67.3k followers on Instagram, over 166,868 on Facebook.

Although Stephanie Abrams used to be in a marital relationship with Mike Bettes – an American television meteorologist and storm chaser as she is – Stephanie Abrams is, at the moment, divorced.

Mike Bettes and Stephanie Abrams went their separate ways in 2009 after being together for less than a decade.

Does Stephanie Abrams have a child? The answer is No. Despite having been married and dating in the past, she does not have children.