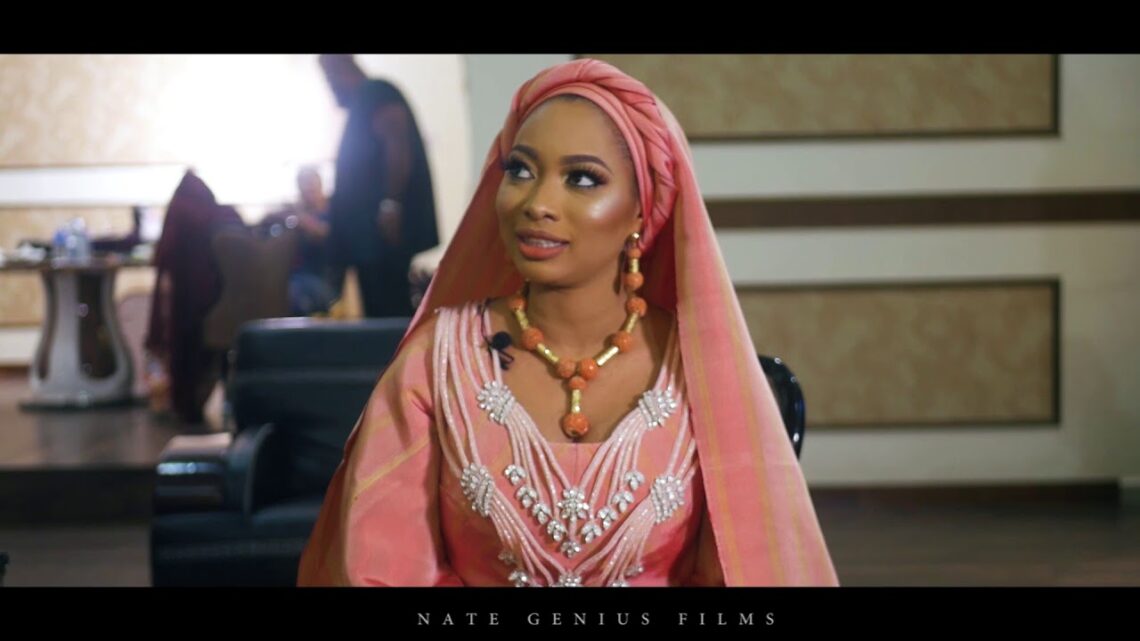 Fatima Ganduje Ajimobi also known as Fatima Umar Ganduje is a 28 years old Nigerian public servant, humanitarian and entrepreneur who was born in 1994.

The young lady is a child advocate and is known for being the daughter of Kano State, H.E Governor, Abdullahi Ganduje.

She is also the daughter-in-law to the former Governor of Oyo State, Senator Abiola Ajimobi.

Fatima Ganduje Abiola was born on the 21st of February, 1994 to the family of Alhaji Abdullahi Umar Ganduje and Hajiya Hafsa Ganduje.

She is an indigene of Ganduje village, Dawakin Tofa Local Government Area, Kano State. She is a northerner and was born into a Muslim household. She has three siblings.

Her father is the current governor of Kano State. This is his second term in office. Her father had previously served as the Deputy Governor of the state twice, between 1999-2003 and 2011-2015.

Fatima completed her primary and secondary school education in her home state, obtaining both the First School Leaving Certificate and the West African School Certificate.

She attended the private university, the American University Of Nigeria based in Yola, Adamawa State. The university is owned by former vice-president and 2019 presidential candidate, Atiku Abubakar.

She studied International and Comparative Politics at the university, graduating with a First Class Degree.

Fatima is an entrepreneur who runs a number of small businesses.

But she has achieved more fame for being the Founder of the NGO, Let’s Talk Humanity (LTH). She is the executive director of the foundation. The NGO works as a child advocacy group, ensuring that children and women are catered for and protected.

The organization has its head office in Wuse 2, Abuja. The foundation runs an e-learning centre for disabled students at the Tudun Maliki Special School in Kano State.

She is also a public servant and currently serves as the Special Adviser on NGOs and Civil Society Matters to the Speaker of the Federal House of Representatives, RT. Hon Femi Gbajamiala.

She was appointed to the position in 2019.

As a young changemaker, Fatima has led a Nigerian delegation to a United Nations Youth Leadership Summit.

She is a Muslim and is currently married. She got married to her heartthrob and husband, Idris Ajimobi in March 2018 at the age of twenty-four (24).

Idris is the only son of the former governor of Oyo State, Senator Isiaka Abiola Ajimobi.

In 2020, she lost her father-in-law, Sen. Ajimobi to the cold hands of death.

Her mother-in-law is Florence Ajimobi while her elder brother is Muhammad Umar Ganduje.

She and her husband live in the capital city, Abuja.

Fatima is also a popular figure on social media where she posts fashionable pictures that always have eyes drooling. The beautiful young lady is known for her elegant look in every of her picture.

Asides from the fact that she comes from a wealthy home and is married to a rich husband, Fatima is an enterprising young woman with a couple of businesses and high-yielding assets.

At the moment, Fatima Ganduje has an estimated net worth of 1.5 million dollars, which has been projected to increase with time.