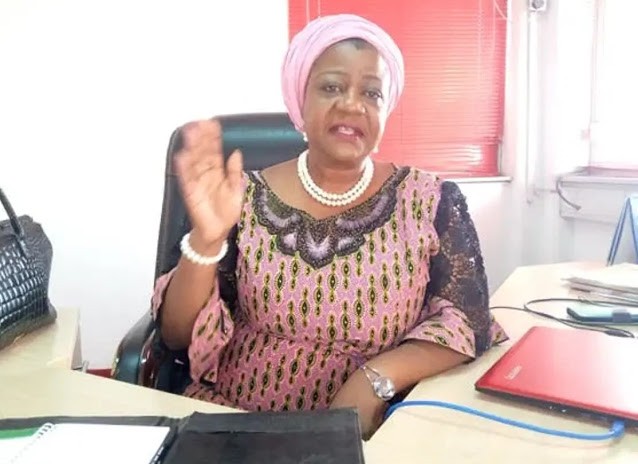 She is currently the Personal Assistant to President Muhammadu Buhari on social media; and has worked in that stead since 2016.

Lauretta Onochie earned numerous academic qualifications such as degrees in Elementary Education, Business Education, Post Compulsory Education and Training (PCET), as well as certificates from brief programs in Humanitarian Response To Conflict And Disaster and The Health Effects Of Climate Change at Harvard University.

Her vast level of knowledge saw her study in numerous institutions and work with influential personalities across the country.

Born on the 9th of July, 1955 to parents from Anioma Local Government Area of Delta State, Lauretta Onochie grew up learning from her guardians and spent most of her formative years at Calabar in Cross River State. She thrived speaking her mother tongue and was also fluent in the dialect of her locale.

The well-accomplished scholar had an illustrious upbringing with an academic journey that saw her move from one State to another within the country. At 18, she left Calabar and headed westward to further her studies before moving overseas to further strengthen her academic prowess.

During her childhood, Lauretta Onochie was privy to meet with accomplished educationists and was very close to her teachers and lecturers; a move that helped her become established in the professional sector.

Lauretta Onochie quickly secured admission to study Elementary Education at the University of Calabar after completing her basic and secondary school education.

In a bid to study more, she headed westward to further her education and got the chance when the University of Benin offered an opportunity to do so. She finished with a Degree in Business Education from a prestigious Institution and traveled abroad for post-graduate studies.

While at the University of Greenwich, Lauretta Onochie‘s vast experience behind academic walls was enough to earn her a post-graduate degree in Post Compulsory Education and Training (PCET).

She also applied for two separate certificate programs namely; Humanitarian Response To Conflict And Disaster and The Health Effects Of Climate Change in Harvard University.

Mrs. Lauretta Onochie started off her illustrious career as a lecturer at the New City College, Loughton, England. Eventually, she moved on to other higher Institutions with so many lecture sessions recorded to her name.

In 2012, her highly influential personality paved the way for other developmental activities; one of which includes her partnership with Nigerian journalist and historian Elder Emeka Esogbue, Gloria Adagbon, and Emmanuel Nwaokolo to establish the Ndi Anioma Group of Nigeria, starting the Ndi Anioma Youth Movement. She also took a course at a Bible college in Calabar and was ordained a Pastor after completing the program.

In the years that followed, Lauretta Onochie grew up the ranks, working as a Senior Consultant for AfricaFirst until 2016 when she was appointed as Personal Aide to President Muhammadu Buhari on Social Media.

She is also very vocal on Twitter and has not shied away from lending her support for the President over the past years.

Lauretta Onochie is happily married to Mr. Onochi with children and grandchildren. Most of her immediate family members reside in the United Kingdom.

Lauretta Onochie’s level of affiliation to both the political and educational sector has made her one of the most wealthy female characters in Nigeria, with a net worth that stands at $750,000-$2,000,000.