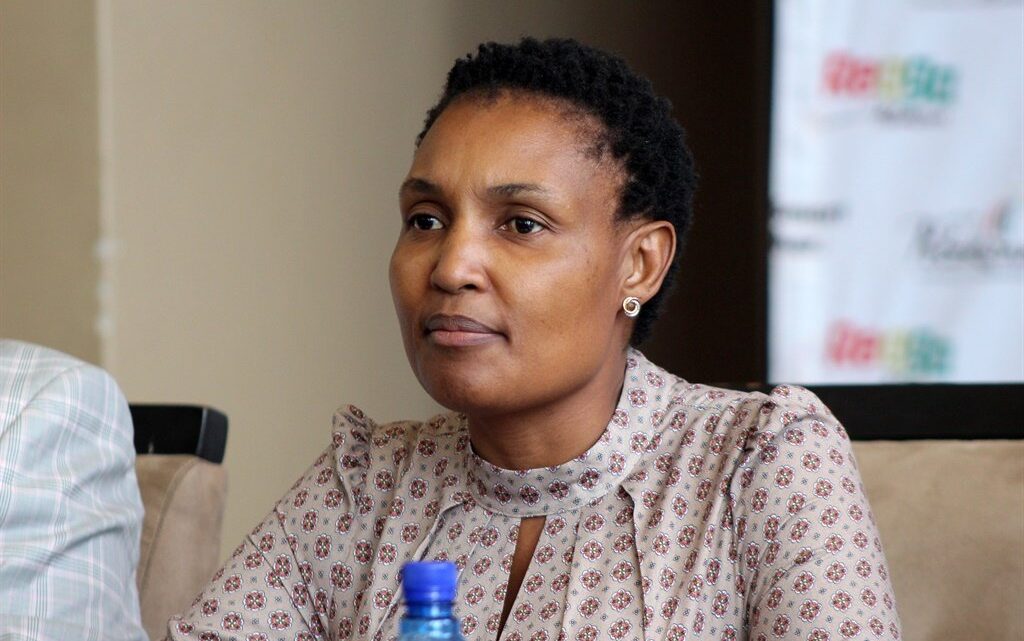 Holding many noticeable posts over the year has made her admired by many.

She had a sister and a brother who died many years when she was still young.

It has not in any way weighed her down in achieving her goal.

Thembi Nkadimeng was able to rise to the detectable level in politics in a short while.

Thembi Nkadimeng was born on June 5, 1972, and grew up in Swaziland, South Africa.

She was born into the family of Late Mr. Simelane and Mrs. Sizakele Simelane.

Her mother lives in the town of Bethal, Mpumalanga, South Africa.

The death/disappearance of her sister “Nokuthula,” an MK courier and student activist in Swaziland, is of great concern to her.

It was assumed that she was killed during the struggle in 1983. Nokuthula was arrested and tortured by the security men. Shortly after this, Mr. Simelane (her father) died and followed by her brother.

Thembi Nkadimeng continued to study at the University of Stellenbosch, where she obtained the BPhil (Policy Stud-ies). As a bedrock to her ambition, she did an Advanced Program in Management at Wits Business School.

Thembi Nkadimeng has served as the Assistant Director: Department of Safety, Security & Liaison between 1997 and 1999 and as Deputy Director: Communications Services, Dept. of Public Works between 1999 and 2002. As a result of her dedication, determination, and optimistic behavior to accept and control new challenges, she progressed to occupy Directorship for Corporate Communication & Marketing in the Office of the Premier in 2002.

In 2006, she became Chief Director: Human Resources and Corporate Services at the Department of Agriculture. She served as the Chief Director from 2006 until 2009, when she changed to the private sector to join Anglo American Platinum as Corporate Affairs Manager until 2013.

Thembi Nkadimeng has served in many political posts ever since her appearance in South African Politics. She was designated to function as the President of the SA Local Government Association (SALGA), after which she was nominated to occupy the position of Salga Limpopo provincial chairperson.

Thembi Nkadimeng has also occupied positions of management both in the public administration and private sector.

Thembi Nkadimeng is present on social media with a small number of followers. It is a result of her less interaction and posts.

Thembi Nkadimeng is married, and she equally revealed in an interview that she has four children, two of which are male and the other two female.

The daughters are 18 and 14 years while the sons are 11 and 7 years respectively. She made it known how well she loves her children even though they have been complaining about her not having time for them as it was in the past.

Not so much is known about her personal life, as she has kept them safe from the public view.

Thembi Nkadimeng is a very successful South African Politician who has held important positions over the year due to her strong spirit.

Equally, as a result, she has made a great financial breakthrough which makes Thembi Nkadimeng estimated net worth to be around $550,000.