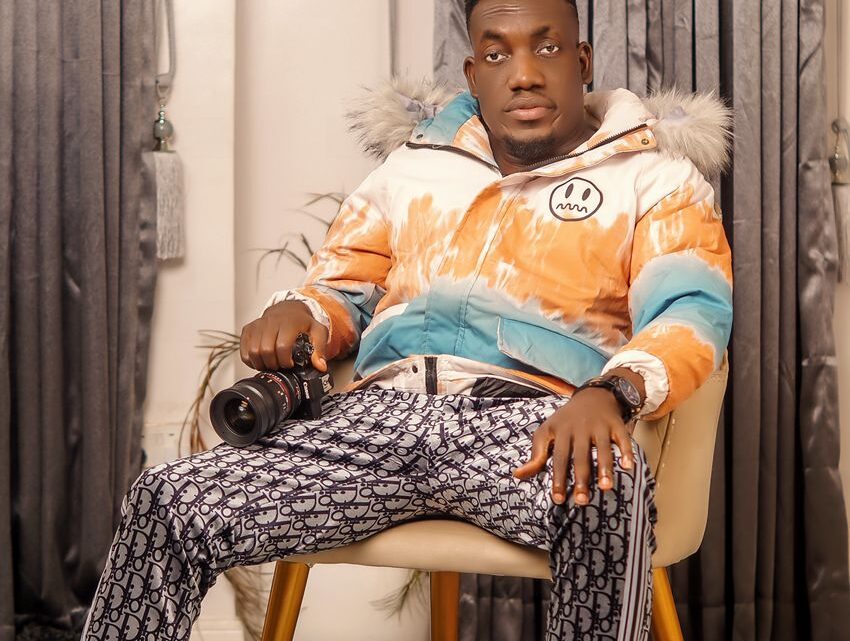 Charles Maduemezia (born May 4) is one of Nigeria’s finest filmmakers and cinematographers. The Lagos-Born creative is known professionally by the stage name, Chigan Madu.

A music executive and entrepreneur, Chigan Madu is the founder and CEO of CM Music Worldwide, a leading record label in the country that is home to a number of underground music artists.

As a content creator, he has worked with numerous comedians, helping them to shoot and direct their comedy skits.

Chigan Madu became a big name in the industry after producing the blockbuster film, Prank Movie, which received good ratings from Box Office.

Chigan Madu was birthed on the 4th of May to the family of Mr George Maduemezia and Mrs Gladys Maduemezia. He was born in the city of Lagos, where he was also brought up alongside his siblings.

Eight days after his birth, the Maduemezias christened their son, Charles Maduemezia.

He is an Ibo boy and hails from the southeast region, Delta State. He was raised in the Christian faith, learning biblical teachings whenever he attended church. As a young boy, he joined the Drama unit in his local church and did the same in school, where he was an active member of the Drama society.

Though he acted well in school plays and church dramas, Chigan Madu took a special interest in working backstage and took up the role of a director. He also worked as a costumier and stage manager. Thus, it didn’t surprise his parents when he picked up cinematography later in life.

Chigan Madu has a strong educational background. He attended standard private schools in the mainland part of Lagos for his elementary and secondary school education.

After scoring good grades in his West African School Certificate (WASCE), he gained admission to study at the University Of Ibadan.

He graduated from the premier institution after four years of study in 2012.

While in the university, Chigan Madu developed an interest in videography and began receiving paid gigs to work as videography. He took his craft seriously and soon became a cinematographer, shooting music videos for upcoming artists in the university. He also worked with other creatives in directing their film projects.

After graduating from the university, Chigan Madu secured employment with a media house, Cool FM Nigeria. Due to his dynamic and creative prowess, he rose through the ranks to become Head Of Content at the Naija Playlist section of the radio station in 2014. While holding his 9-5 job, he also freelanced as a cinematographer and videographer, providing his services to clients in Lagos.

By 2017, Chigan Madu had advanced in the industry to become Head Of Production at Pranks Nigeria. That same year, he founded his own media outfit, CM Music Worldwide. The entertainment company doubles as a production company and record label. The company is credited for producing Prank Movie, a hit in Nigeria, receiving good ratings on Box Office and was ranked by Google’s Knowledge Panel.

As a music executive, he is working with a couple of underground artists in refining their sound and creating a platform for them to become A-list artists in the industry. Additionally, through CM Music Worldwide, Chigan Madu is contributing to the continuous growth of the Afrobeats genre.

When Chigan Madu is not busy with his musical pursuits, he can be found working hard as a cinematographer. He has a rich portfolio of short film credits, collaborating with many content creators and online comedians.

As one of the country’s biggest filmmakers, Chigan Madu has a large fanbase on social media. He has over 114k followers on Instagram.

Chigan Madu celebrates his birthday on the 4th Of May every year. He resides in a spacious and well-furnished apartment in Lagos.

He is a close friend of MC Edokplor. The duo has collaborated on several short film projects.

Although he is not yet married, Chigan Madu is in a serious relationship with a beautiful young lady. Besides his entrepreneurial activities, he is also a humanitarian and donates to a couple of charities, orphanages and NGOs in Nigeria.

As a creative, he makes a good living from working as a cinematographer and film producer. Chigan Madu is estimated to be having a net worth of US$35,000-US$50,000.