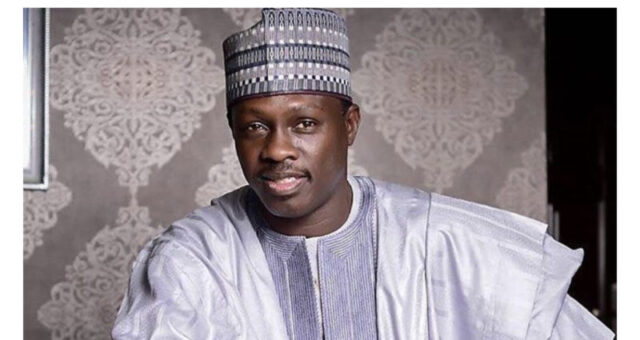 He is one of the very few actors in Nigeria that act perfectly well in Kannywood (Hausa films) and Nollywood films.

The award-winning actor is also referred to as Sarki or King of Kannywood, primarily by Hausa movie-lovers.

Ali Nuhu lives with a record of being the first Nigerian to act in Northern Kannywood and Southern Nollywood He is credited for creating harmony between the two industries.

He has appeared in more than 500 films throughout his career and received several commendations and recognition.

His father’s name is Nuhu Poloma, who hails from a small town called Balanga in the heart of Damaturu in Gombe state. He was a politician and the former chairman of the People’s Democratic Party (PDP) Gombe state chapter.

On the other hand, his mother, Fatima Karderam Digema, hails from the Bama local government area of Borno state. She was a headmistress and a school teacher during her days. Unfortunately, She died in 1999 after a brief illness.

He has two siblings, a sister named Amina Digema and a younger brother Ibrahim B. Nuhu, who died on June 11, 2013, after battling complications caused by tuberculosis infection in Jos, Plateau state.

Few years after his birth, his family moved to Jos, the plateau state capital, where he grew up partly before finally settling in the ancient city of Kano in Kano State, Northwest Nigeria.

Ali Nuhu did his primary school education in Riga Special Primary School between 1979 and 1985.
He obtained the mandatory West Africa Examination Council (WAEC) certificate and the Senior Secondary School Certificate (SSCE) at the Government Secondary Commercial School, Kano from 1986 to 1988.

He proceeded with his tertiary education at the University of Jos located in Plateau state Nigeria where he graduated with a bachelor’s degree in Geography from 1992 to 1997.

Furthermore, he continued his learning through Nigeria’s mandatory National Youth Service Corps (NYSC), where he served in Ibadan, Oyo State, Southwestern Nigeria, in 1998.

A few years later, he decided to learn the arts of film making and production, which was why he attended the prestigious University of Southern California for a course in Film Production and Cinematic Arts.

Ali Nuhu also attended a film training program at the Asian School of Media studies in New Delhi, India.
He also has an honorary doctorate from ISM Adonai American University, located in the Benin Republic, in 2018.

Ali Nuhu got his first appearance on screen when he acted in the 1999 Hausa film, Abin Sirri Ne. He became well known when he starred in another film, Sangaya which turned out to be one of the highest Hausa-grossing films during that period.

Ali Nuhu also appeared in several films such as Azel, Jarumin, Maza, and his best came in the film, Satinda, which partly contributed to him being awarded the Best Actor in a supporting role at the African Movie Awards (AFRIMA) in 2007.

By 2019, Ali Nuhu had already spent two complete decades in the entertainment industry with over 500 movie appearances.

Ali Nuhu‘s hard work and consistency have seen him being rewarded by cooperating organizations and companies with ambassadorial roles, including Omo (detergent company), telecommunication giant Globacom, and Samsung mobile phones Indomie noodles, and so on.

Ali Nuhu‘s contributions to the development of the Nigerian entertainment industry have inspired organizations to present him with various awards.

He is one of the most decorated actors in Nigeria and the most awarded in northern Nigeria. Below are some of his numerous awards and recognition.

Ali Nuhu is a famous actor, especially in northern Nigeria, and is regarded as one of the most prominent entertainers in Nigeria.

His love and compassion for people is another reason why he is massively followed on social media.
Below is Ali’s official handles;

Ali Nuhu is happily married to a beautiful Hausa lady named Maimuna Garba Ja Abdulkadir. The matrimony took place in 2003, and they’ve been together for over eighteen years now.

The union is blessed with three exceptional children comprising two daughters Fatima Nuhu, Nawahir Nuhu, and a son named Ahmad Nuhu. The youngest of which is Nawahir Nuhu, a four-year-old girl.

Ali Nuhu is a prominent and influential actor in Nigeria. He also has different films produced, scripted, and directed by him. Sources estimated his net worth to be $1 million, which is predicted to rise because of his consistency in the industry so far.

He is also the owner of landed properties in Jos and Kano States, respectively, including beautiful cars and well-furnished apartments for his family.

Ali Nuhu acts in Northern films known as Kannywood and Southern Nollywood. He is good at his job, so the movies he stars in are always the bestsellers in the market.

Below is a comprehensive selected filmography of the great Ali Nuhu;

He is also a director. He has directed the following movies: