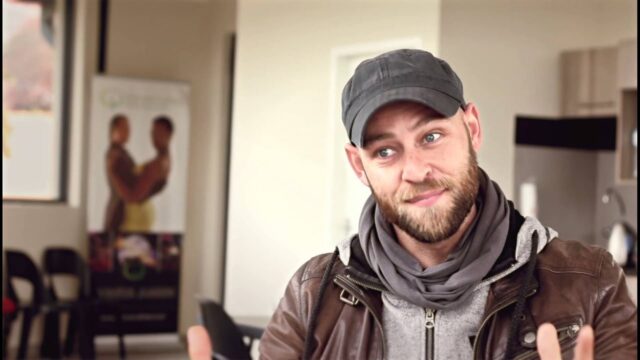 He is best known for his role in famous international television serials and movies, Transformers: The Last Knight, Homeland, and Bloodshot.

Apart from these stated serials, he has acted in many others.

He is usually noticed in movies as a result of his excellent acting skill.

He has also been used in many films because of his accent and ability to speak many languages.

Charlie Bouguenon was born in Johannesburg, South Africa, on the 30th of June 1983.

His father and grandfather were both musicians.

He lived and grew up among people who speak diverse languages.

It has helped him in knowing how to communicate in more than five (5) different languages.

At a very early stage of his life, Charlie Bouguenon began performing using violin and learning music theory. He started as early as four years of age, and later, he began to move towards acting.

In school, he was an active member of the Drama Group, and he as well performed on the stage.

He went on to study drama at the University of Pretoria and completed a teacher’s diploma in Latin American and Ballroom dance, as well as a certificate in Stage Combat.

In 2008, he was one of the cast in the television soap-opera, Scandal! He also starred in many television serials such as Egoli and Jozi Streets.

However, Charlie Bouguenon is best known for his recurring role as Coco‘s boyfriend ‘Brad‘ in the 2011 television sitcom, It’s for Life.

He played the role of ‘Jimmy Meyer‘ in the television soap-opera, 7de Laan and the soapie, Binneland in 2011. He as well performed in the following theatre plays; Fame: The Musical, Janice Honeyman‘s Cinderella Pantomime, Now That’s Tap, Thoroughly Modern Millie, The King & I, Houtkruis: Die Musical and The Rocky Horror Picture Show, Ladies Night, Buddy: The Buddy Holly Story.

The South African renowned actor, Charlie Bouguenon is estimated to be having a net worth of about $4 million.

Charlie Bouguenon is Six feet and 1inch (6″ 1′) in height. He is married, and the name of his wife is Ante Bouguenon.

He loves his career, but it will be good to know that he is in love with his wife. Even his social media housed their wedding picture to show her off to the world.

He posted another photo and added a caption, “Can’t believe it’s been three months already”. However, much is not known about their marriage life except for the pictures seen online.