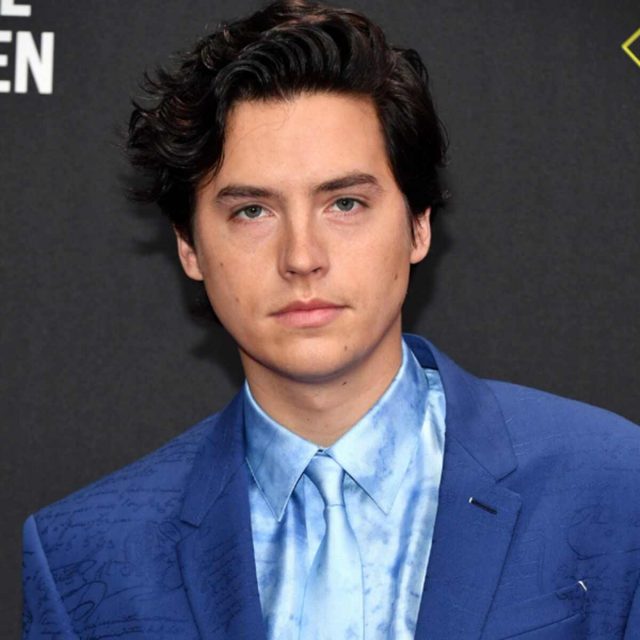 Cole Mitchell Sprouse (born August 4, 1992) is one of Hollywood’s leading actors and filmmakers.

The young American has starred in over thirty films and TV series. He has become a household name due to his performance in the Disney series, The Suite Life Of Zack and Cody.

He played the role of Cody Martin in the series for six seasons. Since 2017, he has been playing the role of Jughead Jones in the TV series, Riverdale.

He is the twin brother of Dylan Sprouse, who is also an actor. In 2020, he produced and starred in the podcast, Borrasca, which is an adaptation of a novella written by C.K Walker.

Cole Sprouse‘s parents are Mr. Matthew Sprouse and Mrs. Melanie Wright Sprouse. He was born on the 4th of August 1992 in the city of Arezzo, Italy. His parents gave him the name, Cole, in honor of jazz singer and pianist, Nat King Cole. He has a twin brother, Dylan, who is fifteen minutes older than him.

Cole Sprouse and his brother spent the first four months of their lives in Tuscany, Italy, before moving back to the United States. Their parents are Americans so they have both Italian and American citizenship.

When the Sprouse family moved back to the US, they took up residence in Long Beach, California. This was their initial home. Cole Sprouse and his brother started acting at the tender age of eight months. This happened because their parents heeded the advice of their maternal grandmother that they should start appearing in movies.

Their grandma, Mrs. Jonine Wright was a drama instructor and actress. At the start of their career, both brothers shared roles in films but as they grew older, they began to act independent roles and in separate films.

Due to his acting roles, Cole Sprouse was homeschooled for his elementary, middle, and high school education.

He enrolled for a Bachelor’s degree in New York University in 2011. He majored in Humanities with a minor in Archaeology. He graduated from college in 2015.

As a child actor, Cole Sprouse was a popular face on Television as he starred in five seasons of the series, Grace Under Fire. His debut feature film role was in the movie, Big Daddy. He played the character, Julian in the movie which was released in 1999. Three years, he secured a spot in the film, The Master Of Disguise. He starred as a supporting actor, playing the younger self of the main character, Pistachio Disguise.

When CW’s teen drama, Riverdale, premiered on the 26th of January 2017, Cole Sprouse was one of its cast. He plays the role of Jughead Jones in the series, which is in its fifth season. The drama is based on the characters of Archie Comics.

In 2019, Cole Sprouse got his second chance to play the lead role in a major film when he was cast in the movie, Five Feet Apart. He played the character of a cystic fibrosis patient. In 2020, he earned his first credit as a producer with Borrasca. The production is an eight-episode podcast adapted from a novella of the same name.

He has had guest appearances in the shows like Hannah Montana, Wizard Of Waverly Place, According To Jim, I’m In The Band, The Suite Life Movie and So Random!

Other films he has featured on include Big Daddy, Diary Of A Sex Addict, Eight Crazy Nights, Apple Jack, Just For Kicks, Kung Fu Mangoo, The Nightmare Room and According To Jim.

Due to his fame as an actor, Cole Sprouse is a popular figure on social media. He has two Instagram pages with combined followers of over 41.2 million people.

The handsome actor, Cole Sprouse is 28 years old and an avid fan of comics. His interest in comics prompted him to secure employment at Meltdown, a comic store in Los Angeles.

He also has a strong likeness to photography. He trained in the field while he was still at New York University. He launched a photography website in 2011 and has undertaken shoot assignments for leading fashion magazines like L’Uomo Vogue, W Magazine, The Sunday Times Style, and Teen Vogue.

After leaving college, he decided to practice for a while and took up employment as an archaeologist. During this period, he engaged in excavations and lab work. He has performed summer digs in Europe and Asia.

Cole Sprouse has lent his voice and time to some activism causes. He participated in the 2020 Black Lives Matter protests in response to the murder of George Floyd. However, he was arrested by the police on the 31st of May, 2020 for his role in the protest.

Cole Sprouse has been rumored to be dating Ari Fournier; a beautifully talented Canadian model. Other sources claim he is dating Lili Reinhart.

The talented actor is always paid handsomely for his film roles and has been able to amass wealth for himself.

Cole Sprouse is tagged to have achieved an estimated to be worth 2-5 million USD.