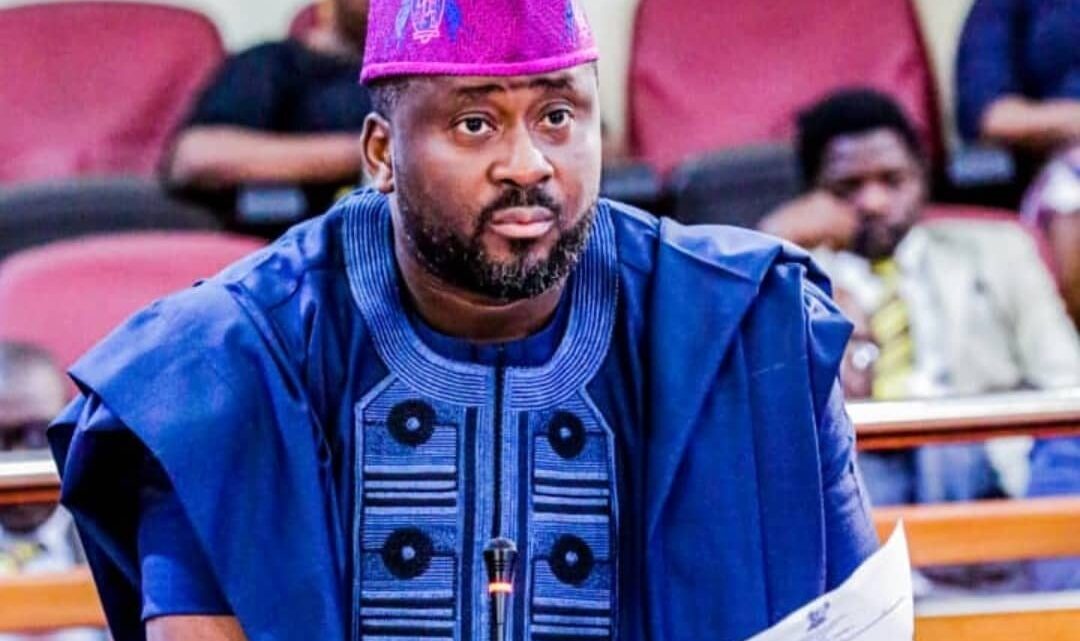 He has starred in over two hundred films, television shows, and soap operas.

He won best supporting actor in a drama at the 2nd Africa Magic Viewers Choice Awards and was nominated for the best-supporting actor at the 10th Africa Movie Academy Awards.

Desmond Elliot was elected as a lawmaker of the Lagos State House of Assembly, Surulere Constituency, in the 11 April 2015 Nigerian General Elections.

Desmond Elliot was born to a Yoruba father from Olowogbowo in Lagos Island, Lagos, and a mother from Illah in Oshimili North, Delta State. He was born on the 4th of February in 1974 to Mr. and Mrs. Elliot.

Desmond Elliot went further in his education by studying Economics. He graduated from Lagos State University with a degree in Economics in 2003. But this did not prevent him from acting.

Desmond Elliot was influenced by a friend to become an actor. He started playing roles in soap operas like Everyday People, One Too Much, and Saints and Sinners.

He is one of Nollywood’s leading actors, appearing in over two hundred films, including Men Who Cheat, Yahoo Millionaire, and Atlanta. In 2006, he was nominated for the African Movie Academy Award for “Best Actor in a Supporting Role” in the movie “Behind Closed Doors“.

In 2008, Desmond Elliot co-produced and co-directed the film “Reloaded” which received three nominations at the African Movie Academy Awards in 2009. In 2009 and 2010, He was nominated for the Best Actor category at the Nigeria Entertainment Awards.

Also, in 2010, Desmond Elliot competed to become the ambassador for the Face of Hope Project, a “volunteer-based non-profit, non-religious, non-political organization established to give hope to the hopeless”, in which he will work toward fixing “child illiteracy in Nigeria and Africa at large” should he emerge.

In 2014, he was nominated for the African Movie Academy Award for “Best Actor in a Supporting Role” in the movie “Finding Mercy”.

Desmond Elliot declared his intentions in September 2014 to run for Lagos State House of Assembly under the All Progressives Congress. He contested and won the Surulere Constituency in the 11 April 2015 Nigerian General Elections.

In October 2020, during the End SARS protest, Desmond Elliot was heavily criticized for allegedly supporting the Anti-Social Media Bill in Nigeria, an allegation he earlier denied when the news first filtered in via social media.

Desmond Elliot, however, came out a few days later to apologize. He said, “I allowed my emotions to get the better of me, and for this, I apologize to everyone my earlier statements may have hurt. Please, understand that even the best of us make mistakes.

This is why, moving forward, I ask that we all try to engage constructively on the issues that affect us. I promise to do the same. The pain that I feel for my constituents, the calls for assistance that I continue to get, and the need to mitigate against further destruction and violence will continue to drive my engagements and work. Thank you all for expressing your views, and in the future, I promise to be more conscious and aware. Together, we will build a better Nigeria”.

Desmond Elliot is married to Victoria Elliot and has four children. Their marriage is blessed with children, namely Denzel Elliot, Desmond Elliot Junior, Donald Elliot, and Dawn Elliot. He is involved in public relations for Globacom.

Desmond Elliot‘s net worth is estimated at US$10 million. He is one of the richest actors in Nigeria.

Desmond Elliot built most of his wealth and fortune after having starred in over two hundred movies. He is married and has four children. He is involved in public relations for Globacom.