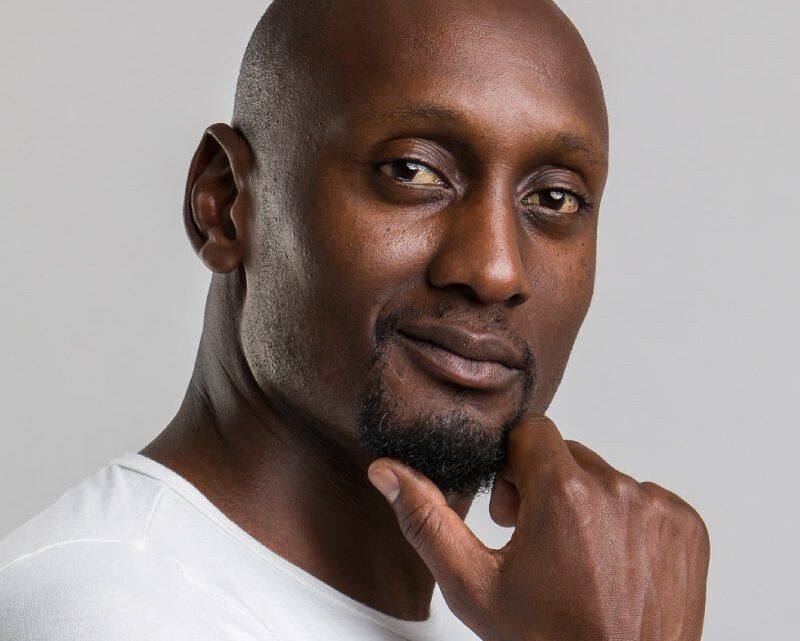 Leroy Gopal (born 6 July 1979) is one of the most sought-after and favorite actors and voice-over artists in South Africa.

He is very good at what he does, and no one does it better than him.

Over the years, Leroy Gopal has metamorphosed into one of the most respected and honored thespians in the South African movie industry. Let’s take a sneak preview into the life of this fantastic thespian.

Leroy Gopal was born on the 6th of July 1979; He originally hails from Zimbabwe before moving to South Africa.

Leroy Gopal was just a 14-year-old kid before his father died. He has an elder sister, simply identified as Claudia Gopal Muvuti, and she was the former title holder of the Iron Woman Zimbabwe.

Leroy Gopal was a great fan of soccer during his early days.

Leroy Gopal received his primary education from the Blackiston Primary School. After graduation, he enrolled in his secondary education in the Gateway High School and Prince Edward Senior School.

He obtained a BA Honors degree in Live Performance and Motion Picture from AFDA, The School for the Creative Economy.

Leroy Gopal is one of the two students from AFDA to win the prestigious M-NET Student Of The Year award in 2003 and 2004, respectively.

In the year 2000, Leroy Gopal made his first notable movie debut in a movie titled “Yellow Card,” where he played the lead role of a soccer player named ‘Tiyane Tsumba.’

In 2012, he appeared in the SABC 1′ situation comedy film titled Ses’Top La, where she played the role of ‘Oleshe.’

The following year In 2013, he won the award for the Best Actor in a comedy film at the South African Film and Television Awards for his outstanding performance.

Later, Leroy Gopal debuted in the film Seal Team 8 as a Congolese dictator named ‘Tonga.’ Later on, he debuted in a TV series on Mzansi Magic, where he played the role of ‘Abomama,’ which became popular throughout the series.

In 2014, he played in the SABC1 political series titled Ihawu le Sizwe. Leroy Gopal is also the founder of ‘Creation Station Entertainment Company.’

Leroy Gopal has a net worth estimation ranging from $1 million to $2 million.