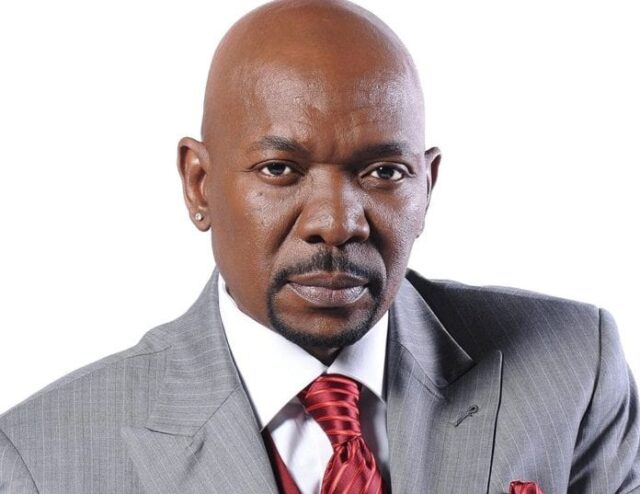 The popular SA person is celebrated for his role in the South African television show, Generations.

He was a featured character in the television series where he acted as Sibusiso Dlomo from 2004-2014.

Menzi Ngubane was born on the 28th day of August 1964 in Ladysmith, KwaZulu-Natal, South Africa.

He was raised by his mother and father. His mother is late but his father celebrated his 90th birthday recently.

Menzi Ngubane is a pillar in the South African entertainment industry, having spent over 33 years in the industry. His fame started when he landed a role in the television series, Kwakhala Nyonini in 1987.

His talent and wonderful acting skills brought him to stardom and has appeared in several South African television shows.
In 2004 he starred alongside popular black American actor Samuel L. Jackson in the South African film adaptation of the non-fiction novel Country Of My Skull.

The film was titled In My Country. Throughout his career, he has shown great versatility which had enabled him to play different roles comfortably.

Mengi Ngubane is a recipient of several awards. He won the Avanti Award for best actor for his part in uBamboIwami.

The couple tied the knot in 2018 in a spectacular and traditional manner with fellow South African co-stars, friends, associates, and family members in attendance.

His first marriage with Lerato Sedibe ended in 2014 He recently celebrated the 90th birthday of his father in a lavish manner in his hometown Ladysmith. He has a daughter Aisha Ngubane from his first marriage.

He was fired from the show Generations along with some of his co-stars. This started a legal battle between him and the production team over unpaid wages as stipulated by the contract. The case was settled later on.

When he is not acting, he takes time to mentor young South African men through his mentorship program Twelve Auspicious Gentlemen with Menzi Ngubane.

He is a survivor of kidney failure and was placed on dialysis from 2010-2015 before he received a kidney transplant that saved his life.