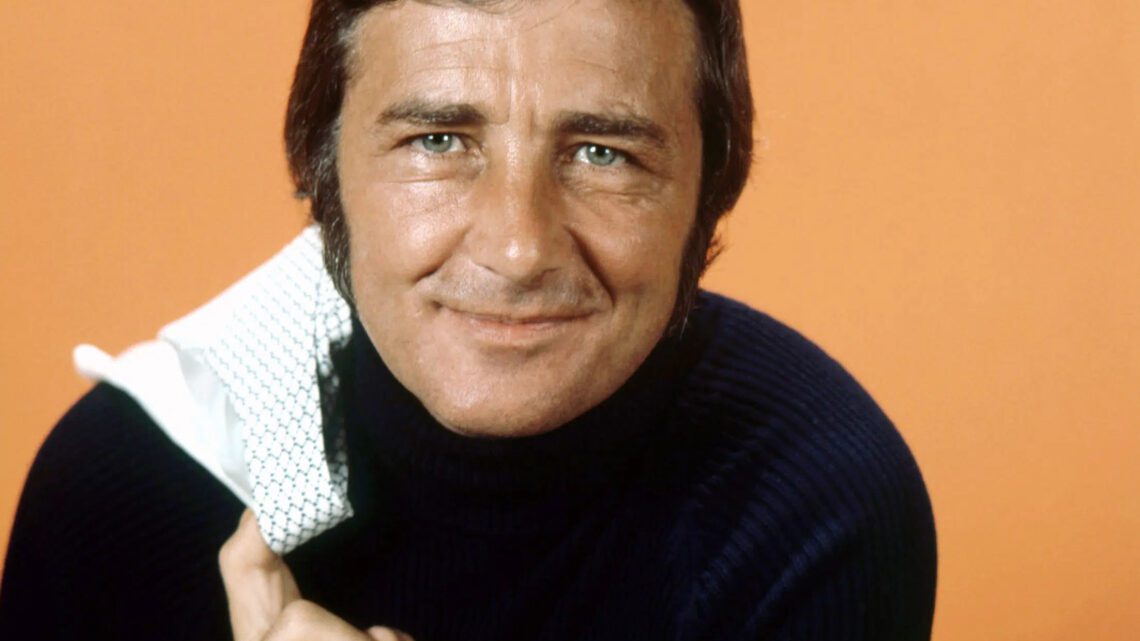 The television game program Family Feud was hosted by an English-born American actor, comedian, and panelist Richard Dawson. He not only became famous thanks to the show, which had one of the greatest daytime ratings, but it also brought him an Emmy.

He was born in England and began his career as a stand-up comedian after serving in the British Merchant Navy. After making appearances on British radio and television, he came to the US and started acting in modest roles. His breakthrough performance was in the CBS sitcom Hogan’s Heroes, where he played Cpl. Peter Newkirk.

Richard Dawson became a well-known star as a result of the six seasons of the show. He also had a significant broadcast role as a regular panelist on the game show Match Game.

Richard Dawson participated in several movies, including The Running Man, with Arnold Schwarzenegger being the most notable. The critics gave him high marks for his work in the movie.

On November 20, 1932, in Gosport, England, Josephine Emm and Arthur Emm gave birth to Richard Dawson. His mother, Josephine Emm, worked at a munitions factory, and his father, Arthur Emm, drove a van. John Leslie Emm, his older brother, was a businessman.

He and his brother had to leave their house as young children to escape the bombardment during World War II.

As a result, he could only continue attending school for a few years.

Richard Dawson left home as a youngster and spent the next three years in the British Merchant Navy. He worked as a server, after that beginning as a laundryman. He started boxing as an amateur during this time to supplement his income.

After serving in the merchant marine, he changed his stage name to Dickie Dawson and started doing stand-up comedy at West End clubs in London, including the renowned Stork Room. Once he reached adulthood, he adopted the name Richard Dawson.

He appeared on the BBC radio programs How Do You Do and Midday Music Hall in 1954, in addition to the BBC television program Benny Hill Showcase.

With Diana Dors, whom he married in 1959, he made appearances on several shows in 1958 and 1959, including Alan Melville, Takes You from A to Z, The Steve Allen Plymouth Show, The Diana Dors Show, and Juke Box Jury.

He started making brief cameos in many television shows soon after relocating to the US in the early 1960s. He appeared in four episodes of The Jack Benny Program, The Dick Van Dyke Show, The Outer Limits, and The Alfred Hitchcock Hour between 1963 and 1964.

Richard Dawson also made a few small, uncredited appearances during this time in films like Promises! Promises! and The Longest Day (1962). He portrayed a weaver in the 1965 motion picture King Rat.

When he was chosen to play the British officer, Cpl Peter Newkirk, in the CBS series Hogan’s Heroes, he received his big break in American television. The WWII German POW camp was the setting of the immensely popular sitcom about the POWs. Between 1965 and 1971, it aired for six seasons and made Richard Dawson a celebrity.

He kept acting in other movies and TV shows during this time. In 1966, he appeared uncredited in the movies Out of Sight, Munster, Go Home!, and The Devil’s Brigade in 1968. He appeared in two episodes of Mr. Terrific in 1967 and McCloud on television in 1970.

During that time, Richard Dawson also released his 45 rpm record on Carnation Records. His Children’s Parade songs were included in it. He joined the cast of Rowan and Martin’s Laugh-In in 1970 and made frequent appearances there until 1973. He also joined the cast of the game show Can You Top This? in 1970.

He appeared in three episodes of the comedy anthology series Love, American Style concurrently in 1971-1972. In addition, he provided voices for the films Treasure Island and the television shows Hong Kong Phooey in 1974 and Wait Till Your Father Gets Home in 1972.

In addition, Richard Dawson appeared as a panelist on I’ve Got a Secret in 1972 and served as a guest presenter on The Bob Braun Show in 1972. He joined the celebrity jury of Match Game, a game show on television, in 1973.

Richard Dawson‘s quick wit and gregarious demeanor made him a fan favorite during the show’s run, which lasted until 1978. His second show, Family Feud, a spin-off game show that debuted on ABC television in 1976 and quickly became a smash hit, was made possible by the success of Match Game. It lasted until 1985.

Family Feud was the most watched syndicated and midday program during its heyday. It was shown eleven times in a single week, five of which were during the day.

Richard Dawson created a good first impression thanks to his charisma, humor, and talent for making people feel at ease in front of the camera. He also developed a reputation for kissing every female contender, earning him the moniker The Kissing Bandit.

After receiving criticism for it, he encouraged people to cast their votes on whether he should stop the practice. The overwhelming consensus was in favor of keeping the custom.

Later, he said that his mother had done it with him when he was a child and that it was intended to bring love and luck. Richard Dawson also appeared in seven episodes of The New Dick Van Dyke Show from 1973–1974 and the television film How to Pick Up Girls from the 1970s to 1978.

He also appeared in one episode of The Love Boat in 1978, Fantasy Island in 1978, McMillan and Wife in 1975, and The Odd Couple in 1975. The Tonight Show Starring Johnny Carson on NBC had Richard Dawson as a guest host on several occasions in the years 1979–1980.

He hosted two television specials: Richard Dawson and You Bet Your Life in 1988, and I Remember It Well: ABC Daytime‘s 25th Anniversary Minutes in 1984.

His dystopian action movie, The Running Man, with Arnold Schwarzenegger, was released in 1987. He received acclaim from critics for his portrayal of the arrogant game show host Damon Killian, which also earned him an award.

Richard Dawson made a comeback in 1994 to host the final season of Family Feud‘s second run in 1988–95, following which he declared his retirement. He provided the narration for TV’s Funniest Game Shows on the Fox television network in the year 2000.

Diana Dors, an English actress for film and television, and Richard Dawson were married in 1959. They had two sons, whose names were Gary Dawson and Mark Dawson. The two sons were given to Richard Dawson as part of the divorce settlement in 1967.

Gretchen Johnson, whom he met in 1981 while filming Family Feud, became his second wife. She participated in the competition, and the two tied the knot in 1991. Their daughter Shannon Dawson was born a year earlier.

Richard Dawson had a nicotine addiction and had once smoked four packs of cigarettes in one day. Later, in 1994, his daughter convinced him to stop smoking.

He received an esophageal cancer diagnosis and passed away on June 2, 2012, as a result of the disease’s consequences.

At the time of his death, Richard Dawson, an American actor, comedian, and host of a game show, had a net worth of over US$100,000.