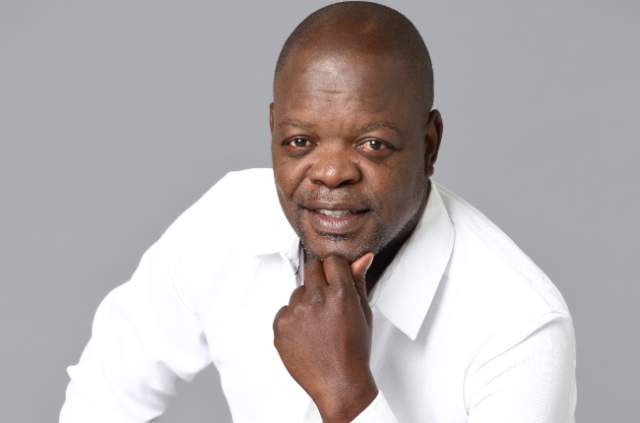 Septula Sebogodi (born 31 October 1962) is a veteran actor who has built a strong foothold in the South African movie industry over the years. The veteran actor is also the father of a young and boisterous actor called Thapelo Sebogodi.

Seputla Sebogodi is a well-respected personality in the South African movie industry. He has two SAFTA Awards to his name.

He has also made a debut in the television show titled The Critical Assignment, The Republic, Rhythm City, and Scandal!. Let’s take a sneak preview into the life of this prolific actor.

Seputla Sebogodi came into this world on the 31st of October 1962. He was born and raised in Lady Selborne, Pretoria, South Africa.

The veteran actor describes his acting career as happenstance. He said it was by chance that he got into acting.

He narrated that he had to take up the role of an actor that failed to appear on set. He said that was how his journey into acting began.

Seputla Sebogodi also revealed he liked going to the theaters and musical shows as a child. He left Lady Selborne and relocated to Johannesburg in order to pursue his acting ambitions.

According to an interview with IOL, Seputla Sebogodi said the sky had been the limit for him since he became a full-time actor. His early theater debuts include, Not To Die Today, Gathering of the Beasts, etc.

Seputla Sebogodi‘s acting career began in the early 1990s when he played the role of a womanizer called Nkwesheng in the local Pedi drama titled Bophelo Ke Semphekgo.

He starred in the long-running sitcom suburban Bliss, a series. He also starred as Kenneth Mashaba on Generations in 2005. In 2015, he played Solomon in the e.tv serial opera, Rhythm City.

On October 31, 1962, the great actor, Seputla Sebogodi was born in Lady Selborne in Pretoria. He came from a low-income family and grew up as a herdsman. His father served as a minister at a church, and his late mother’s name was Annah Sebogodi. He had to engage in manual labor as a kid to make ends meet.

High school was particularly difficult for Seputla Sebogodi because he had to combine work and study. By offering to play in his uncle’s graduation ceremony, he discovered his aptitude and enthusiasm for acting. He remarked that he put up a great performance for his family and friends in an interview while he was a youngster.

On the other hand, the veteran actor has a history of litigious marriages, divorce lawsuits, and break-ups.

Deborah Futhi was his first wife. He was also married to Leonette Sebogodi. Shereen Maubane, his second wife, packed and moved out her belongings from Seputla Sebogodi’s home in 2009.

Thabang Sebogodi is the last and only female of the family. Seputla Sebogodi is not dead, he is still alive.

At this point, the actor, Seputla Sebogodi has a whopping, estimated net worth of US$1 million to US$5 million.