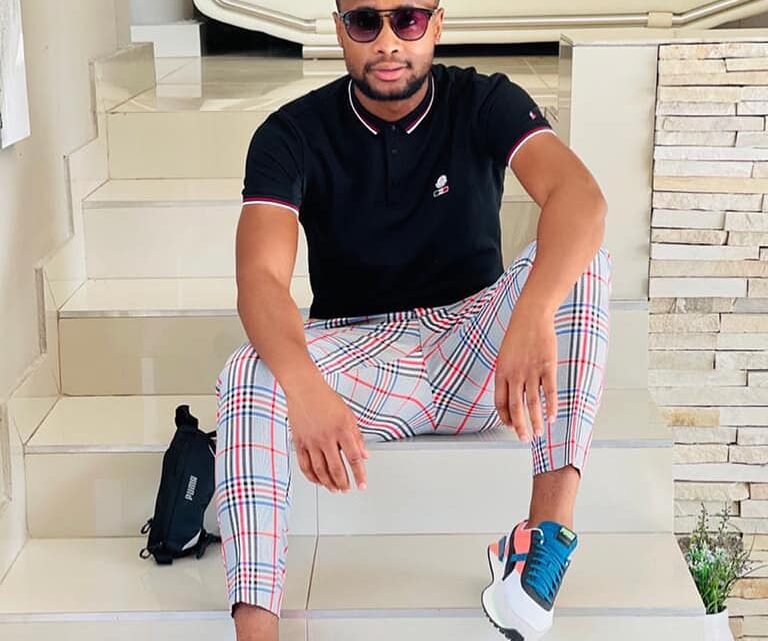 Sphamandla Dhludhlu is currently sitting at the peak of his career. He didn’t get to this level of his career by chance; he has the potentials that make a great actor.

Sphamandla Dhludhlu (born 5th of January 1992) is a gifted South African actor and television personality. He is currently enjoying the benefits that accompany his acting skills.

Truth be told, for one to become a well-known personality in the entertainment industry, it takes more than just talents. It requires a lot of consistency and hard work, which is precisely what brought Sphamandla to the peak of his career.

Let’s take a look into the life of this well-deserving and salient actor.

Sphamandla Dhludhlu was born on the 5th of January 1992 in Thokoza, Johannesburg’s eastern suburbs. He grew up in KwaZulu-Natal and returned to the east at the age of ten.

According to Sphamandla Dhludhlu, he said that “while growing up, he always wanted to be on TV and his mother would ask him, what exactly do you want to be, a presenter, actor, or a news presenter? He went on to say, “For me, it doesn’t matter what I become, just as long as it involved me being on TV screens,” said Sphamandla Dhludhlu.

Sphamandla Dhludhlu was very determined and passionate about being featured on TV, but he was totally clueless about how things work in the industry.

His brother worked in a community theatre, and he always advised Sphamandla Dhludhlu to follow him to his rehearsals. He later got enrolled in a drama school.

The young actor also said that his talent won’t be sufficient to give a breakthrough in the movie industry. He has a brother whose name is Mandla Dhludhlu.

Sphamandla Dhludhlu studied theater arts and got a diploma at the FUBA School of Dramatic and Visual Arts drama school. He matriculated in 2011.

Sphamandla Dhludhlu is a young skilled actor who has had a passion for acting since childhood. He has played notable roles in some blockbuster theatre plays, such as Athol Fugard‘s The Coat and New Years’ Eve.

He has also worked on RISE Quizzical Pictures; he also made a debut in a film made by an award-winning filmmaker called Rolie Nikiwe.

Sphamandla Dhludhlu also played the role of a supporting actor called Themba in Rhythm City. He also made a debut as Lindani, aka Curry, in Ikhaya.

He also played the role of a supporting actor in the SABC1 comedy series titled Thandeka Diary. He has featured The River series too.

Sphamandla Dhludhlu once said that “You’re lucky if you learn about karma through other people’s mistakes; he said, if karma comes knocking, it always leaves a scar.

Sphamandla Dhludhlu revealed in an interview session that one of the many pleasures of being an actor is the opportunity to experience and portray other people’s lives via the roles you play.

He remarked that I’ve learned throughout my life that doing bad things always has negative results. You’ll be hunted by it for the rest of your life. And, while it may feel right at the moment, karma definitely comes knocking sooner or later.

He admitted that if karma had to punish him for anything as a youngster, it would be breaking people’s hearts. Fortunately for him, his characters have now taught him how to be a better person.

The youngster revealed that he used to hurt people’s feelings in the past but said he only did all of that because he was naive. In his words, he said,

“I’ve grown up since then, and this was when I had no concept what the implications of hurting someone could be. Hurting others is not a pleasant thing to do, and it will almost always come back to bite you.”

It still remains a mystery why Sphamandla Dhludhlu made all those comments in an interview. It also revealed that he is in love with his childhood friend, who is male.

No publication stating specifically if he is a married man, has a wife or girlfriend.

Sphamandla Dhludhlu has an estimated net worth of US$50,000 which he has earned as an actor.