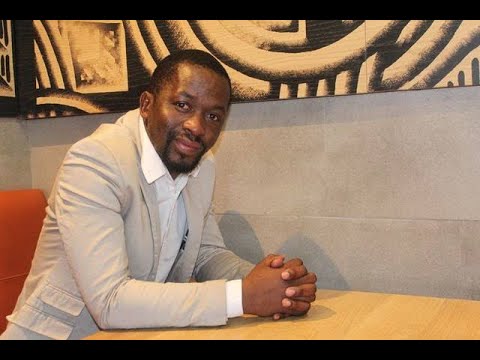 He is a 43 years old popular personality in the South African entertainment industry.

His diverse career has made him known by many in and outside the industry.

He is popular as an actor and also to television viewers for his role on Shoot Stars.

In addition, Thami Mbongo was cast on the e.tv Soccer drama series as Moses Gumede in 2007.

He lived and grew up with his parents in the city of Paarl in Western Cape.

He was interested in acting from a young age, and his choice is his talent.

Thami Mbongo was not opposed by any of his parents. On the contrary, he was closely sponsored and mentored by his parents until he graduated and started his career.

Thami Mbongo started his education at Langabuya Primary School, after which he furthered his academic pursuit at Desmond Mpilo Tutu High School.

He graduated and matriculated at Desmond Mpilo Tutu High School in 1997.

In 1998, he registered at the Arts and Media Access Centre, Cape Town, which was then called Community Arts Project. He also did a two-year program at the University of Cape Town (UCT) between 1999 and 2001, where he had a Performer’s Diploma in Speech and Drama.

Thami Mbongo made his first appearance on the screen in a commercial by KFC titled Ayavaya Amafong Kong. It was played on SABC from 2001 to 2002. As a result of his appearance, he was able to get more acting roles. In addition, he has been seen severally on the local screen playing guest roles in commercials and TV shows.

Thami Mbongo has appeared in productions which include Madam & Eve, Interrogation Room, Khululeka and many more. He equally acted in Mazinyo Dot Q and Stokvel. In addition, he played the starring role in Shooting Stars, and he appeared for three seasons.

Thami Mbongo played guest roles in When We Were Black, Traffic, Isikizi, and Chandies, and he has also appeared in films like Ingoma, Mad Dogs, Black Butterflies, and 30 Karat Liebe.

Thami Mbongo has performed in several theatres, and he is credited for his exceptional performance in some, including Long Street Nights, Green Man Flashing, Lost in the Stars, Karoo Moose, Woyzeck, A Plague of Heroes, The Tempest, King Lear, and The Trojan Women.

He is also popular for many radio production, among which we have; Justice Prevails, Justice Prevails 2, Qina Kwedini, After Tears, and many more. In addition, Thami Mbongo has worked with corporate clients like Caltex, BP, AIDS Awareness, Bokomo, Media 24, and he also worked with Spar and the Department of Economic Development and Tourism.

Thami Mbongo seems not to be a social media person. No related account is traced to his name on both Twitter and Instagram. This is an important reason why it is easy for him to keep his private life from the public.

Thami Mbongo is very secretive concerning his personal life. Not even for once has anything related to his family or love life has ever made to the Internet.

All that is made available is basically about his career. He is, however, believed that MB on the go is married to a woman no one knows about.

Thami Mbongo has been maintaining his stand despite the competitive nature of the industry.

He has an estimated net worth of about US$500,000 which he has earned as an actor, educator, drama facilitator and drama writer.