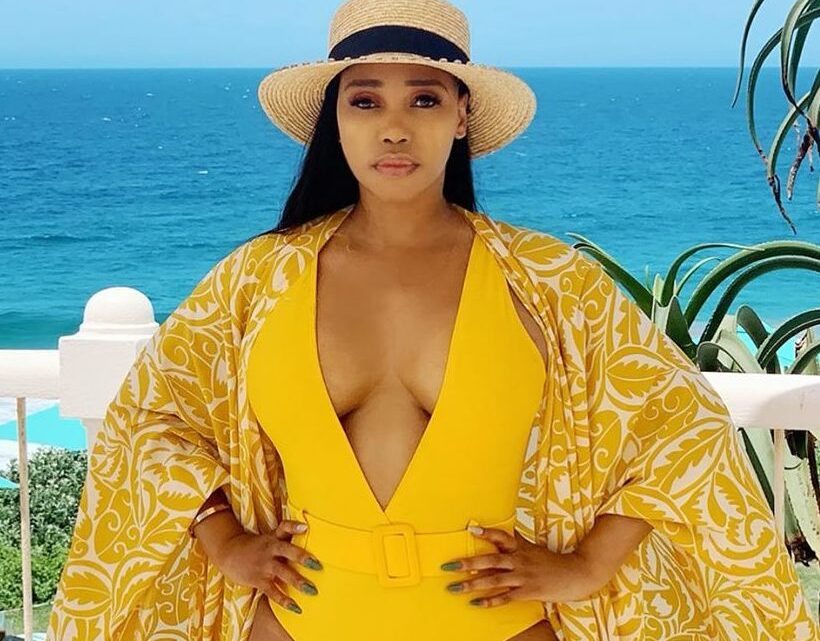 Apart from being an actress, she is also a producer, entrepreneur, and motivational speaker.

She is a multifaceted personality who has also encouraged and lifted the spirit of many listeners with her speeches and quotes.

Sonia Mbele became known as she took a lead role in the SABC 2 drama, Phamokate and also in a Beacon commercial.

Sonia Mbele is the ex-wife of Leslie Sedibe. Their divorce had a serious effect on her as she got depressed, but being a strong and optimistic woman with the help of her mother, she overcame all her pains and moved on.

Sonia Mbele was born in Alberton, South Africa, into her lovely family on 11 December 1976.

Sonia Mbele developed a passion for acting at a very young age.

Her parents are as well very supportive and caring towards her career choice and life generally.

She was considered intelligent and commonly known for her precocious discussion, even at her young age.

Sonia Mbele studied in South Africa. Though the exact school she attended is not known, it was stated that she was part of the Drama group in her college.

Her educational background is unknown at the moment.

Sonia Mbele has been doing well in the entertainment industry despite its competitive nature. She has succeeded in maintaining her fame by appearing in many TV serials and popular films.

Sonia Mbele got a starring role in season one of iNumber Number, where she played the role of Philane. She also participated in the Season 56 of Miss South Africa as one of the judges at the event.

As part of her career, she presented at SABC Crown Gospel Music Awards (season 6). In addition, she was a cast member of Soap on a Rope, where she acted as Tuki Ramphele in its first season.

Sonia Mbele has acted in several other serials, including Alliance, Yizo Yizo, and Zero Tolerance, where she played as Rosie. In addition, Sonia Mbele is the executive producer on the reality television show, Real Housewives of Johannesburg (RHOJ).

Sonia Mbele has also featured on several television commercials, and some of her clients include Shield, Vodacom, and Sunsilk. In the SABC2 TV drama show, Phamokate, she played the lead role. She was also a cast member of the soap opera, Muvhango.

Sonia Mbele is active on social media with a huge number of followers. Her Instagram account has the blue tick verification mark with over 859k followers.

She has over 400 posts of which are beautiful pictures of her activities, fashion, love life, and career. Her account has been a very important way of engaging her fans.
Instagram: @thee_sonia.

Sonia Mbele got married to the man of her dream, Leslie Sedibe in 2006. The wedding was a great one as important people were invited and hosted on a special day.

Unfortunately, however, the yacht of their marriage hit a sandy part where it could never move again. The main cause of cause of their divorce is not known, but it is known that the union produced three children within the 8 years of its existence (2006-2014).

The first two children are male while the last born is a lady and their names are; Donelle Sedibe, Khomo Sedibe, and Moss Sedibe.

Sonia Mbele is a really talented lady who has been receiving great attention and several acting roles.

She is also earning as a Producer. Sonia Mbele has an estimated net worth of about US$1.5 million, which she earned from her career.