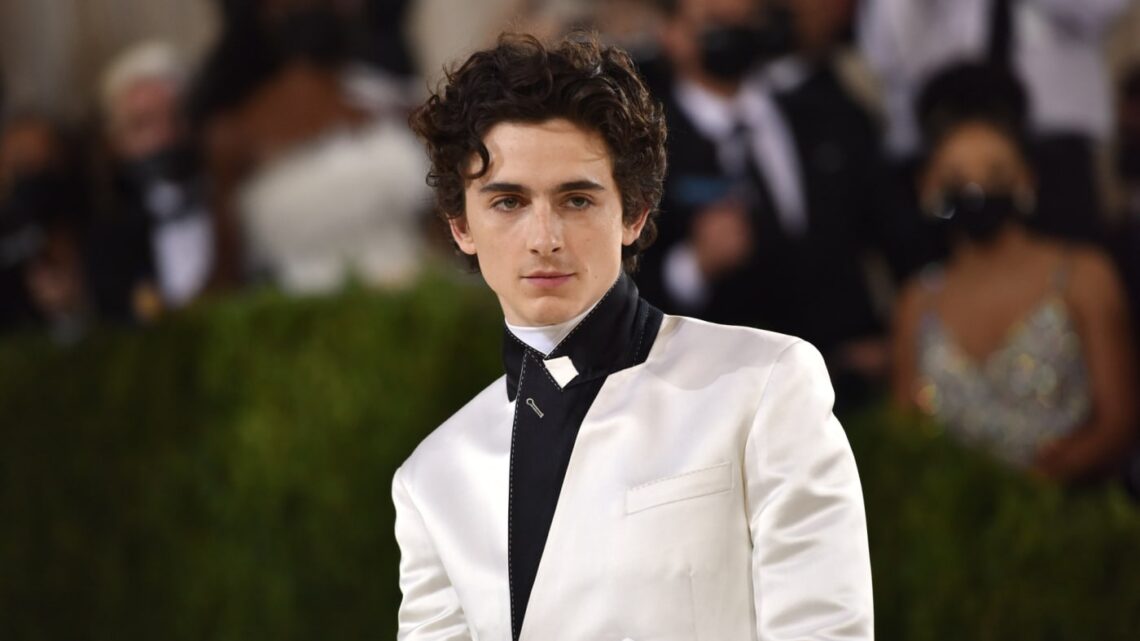 He started his acting career at a very young age by appearing in short films and commercials before starring in a television drama series titled Homeland in 2012.

He debuted in his first film titled Men, Women & Children in 2014.

However, Timothée Chalamet did not attain global recognition until he appeared in a 2017 film titled Call Me by Your Name, as Ello Perlman.

The film earned him an Academy Award nomination for Best Actor along with other recognitions.

Timothée Hal Chalamet was born in the winter of December 27, 1995, in New York City.

He holds French and American citizenship.

His father is a Frenchman named Marc Chalamet, who is an editor for the United Nations Children’s Emergency Fund (UNICEF) and a former New York reporter for Le Parisien.

On the other hand, his mother is a real-estate broker at the Corcoran Group and a former Broadway dancer named Nicole Flender.

Nicole Flender is a third-generation New Yorker of half Austrian Jewish and half Russian Jewish descent.

Timothée Chalamet has an older sister named Pauline Chalamet (born in 1992), who is now an actress.

In addition, he is a nephew to a couple of filmmakers and producers Amy Lippman and Rodman Flender.

He grew up in a subsidized artists’ building called Manhattan Plaza, situated in Hell’s Kitchen. He had lived in Le Chambon-Sur-Lignon, a small French village not far from the city of Lyon.

Timothée Chalamet‘s childhood dream was to become a professional footballer. But, instead, he was a coach at a football camp in France, where he coached six to ten-year-old boys when he was thirteen years old.

He furthered his education at the Fiorello H. LaGuardia High School of Music, Arts, and Performing Arts.

He made his television debut in 2009, playing murder victim Eric Foley in an episode (pledge) of a television series titled Law & Order. This was followed by a minor role in a television film titled Loving Leah.

Furthermore, he made his stage debut in 2011, starring as a boy named Nicholas in an Off-Broadway play titled The Tales. His exceptional performance in the play was well noticed and praised by the New York Daily News chief theatre critic.

Additionally, he made his feature film debut with a minor role in a film titled Men, Women, and Children, directed by Jason Reitman, which ended up as a critical and commercial failure.

Nevertheless, he received favourable reviews the following year for playing the younger version of Sam in a comedy film titled Worst Friends.
However, his most prominent role as an actor came when he portrayed young Tom Cooper, who is the son of the lead character acted by Matthew McConaughey in a blockbuster sci-fi film titled Interstellar.

The film recorded colossal success at the box office and even received accolades from critics for brilliant performances from the casts.

In 2015, Timothée Chalamet played in a Fantasy-thriller titled One and Two, as one of the leads, a 16-year-old boy named Zac.
He returned to stage acting in February 2016, after he was selected by playwright and director John Patrick Shanley to play Jim Quin in an autobiographical play titled Prodigal Son at the Manhattan Theatre Club.

Then Timothée Chalamet was in another blockbuster as Elio Perlman, in the 2017 coming-of-age drama film titled Call Me by Your Name. But, again, he had to learn to speak Italian, play the guitar and piano, and receive several nominations, including a Golden Globe and an Oscar.

Furthermore, in 2017 he received positive reviews for playing Daniel Middleton in a film titled Hot Summer Nights and Kyle Scheible in another hit titled Lady Bird.
In 2018, he portrayed the role of Nic Sheff in a drama film titled Beautiful Boy, a story based on a memoir of the same name.

He also co-starred with Selena Gomez in a Woody Allen film titled A Rainy Day In New York, and Henry V of England, in a film titled The King.

In 2021, he was cast as a student revolutionary in Wes Anderson‘s ensemble comedy-drama film titled The French Dispatch. The film premiered at the Cannes Film Festival on 12 July 2021.

Timothée Chalamet won a nomination for an Academy Award for Best Actor, based on his Call Me by Your Name performance.

He received a nomination for a SAG Award and Critics Choice Movie Award for his scintillating performance in Lady Bird.

For his popularity and growing fame Timothée Chalametis one of the most followed actors on social media. His Instagram account occupies over 13.4 million followers and his Twitter over 4.3 million.

Timothée Chalamet looks ravishing, with his height of 6 feet 1 inch tall and weighs approximately 66 kg. His waist size is 32 inches, chest 41 inches, and his biceps are 38 inches with body measurements as 41-32-38.

His hair is blonde, and his charming eyes are dark brown. The actor is yet to draw a tattoo on his skin.

Timothée Chalamet dated pop icon Madonna‘s daughter during high school named Lourdes “Lola” Leon, his classmate but nothing materialized. Ever since, he has not been linked in a relationship with anyone.

Timothée Chalamet lives as one of the most influential actors in contemporary American films and is one of the highest-paid actors.

This could be the more reason why Timothée Chalamet has an astronomical net worth estimated at $10 million. In addition, he owns a beautiful house in America and several cars.

Timothée Chalamet made his anticipated film debut in a television debut in 2009, playing murder victim Eric Foley in an episode (pledge) of a television series titled Law & Order.

He is a well-recognized actor in the American film industry and has starred in numerous films and television series. He’s also a star on Broadway.