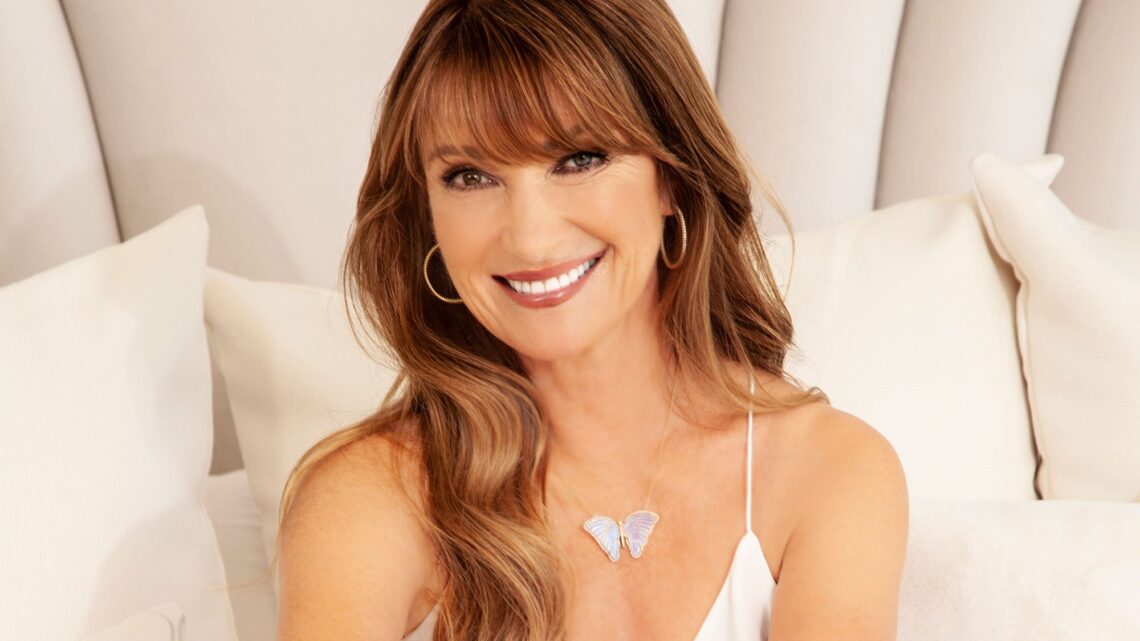 She is in the mind of movie-enthusiast for her performances in made-for-television dramas.

However, she earned considerable widespread acclaim for her role as Dr Michaela Quinn in a hit CBS series titled Dr Quinn: Medicine Woman.

While to many, the Emmy Award-winning British actress is especially recognized for her performance in the James Bond film ‘Live and Let Die.’

She was born in the small town of Hayes, in the city of Hillingdon, England. She is of Polish-English ancestry.

Jane Seymour, who is the eldest of three daughters, was brought up in the outskirts of London.

Her father is John Frankenberg, a former Polish obstetrician, and her mother, Mieke Van Trigt, is a former Red Cross nurse.

Growing up, she had a passion for ballet; hence she trained rigorously toward a career in that field.

Soon enough, she made her professional debut at the age of 13 in the prestigious London Festival Ballet.

Unfortunately, her career as a dancer was not destined or made to be as she suffered knee injuries three years later after a performance with the Kirov Ballet, thus effectively ending her dancing career.

Jane Seymour‘s obsession with ballet was the main reason why she studied at the Wimbledon High School, Arts Educational Trust, where she received additional instructions and skills enhancement.

After her unfortunate turnout of a career in ballet, Jane Seymour turned to the theatre, renaming herself after the legendary King Henry VIII‘s third wife, who is the only survivor of her husband’s penchant for beheading his brides.

And at the age of 20, she appeared in a James Bond film titled Live and Let Die, where she played the role of Solitaire.
She earned deserved continual TV and film work for her performance, most of it mainstream fare, including appearances on episodic shows such as Battlestar Galactica and McCloud.

In 1976 miniseries titled Captains and the Kings, Jane Seymour‘s performance won her an Emmy nomination and branded her reputation as “Queen of the Miniseries.”

More than a decade later, she deservedly won an Emmy Award for Outstanding Supporting Actress In A Miniseries or Special, for her scintillating performance as Maria Callas in the TV movie Onassis: The Richest Man in the World, which is a biopic of Aristotle Onassis that televised on ABC.

In 1984, Jane Seymour played the character of Lady Brett Ashley in a television adaptation of Ernest Hemingway‘s The Sun Also Rises, aired on NBC.

Then she appeared in one of her most extensive series titled Dr Quinn: Medicine Woman, as Dr Michaela Quinn.
When it premiered in 1993, critics largely dismissed the show as too phony for American viewers. However, the program attracted 22 million viewers subsequently and deservedly led to its Saturday-night time slot.

In addition, Jane Seymour teamed up with her ex-husband James Keach for other projects, including a production company called Catfish Productions.

She also continued to appear in both TV and film roles. In addition, she had a recurring role on another series titled Smallville from 2004 to 2005.

The following year, Jane Seymour appeared in a short-lived comedy called Modern Men. Then, to the amazement of viewers, she proved to be quite a scene-stealer with her minor part in a hit comedy titled Wedding Crashers, starring Vince Vaughn and Owen Wilson in 2005.

In the fall of 2007, Jane Seymour moved to a new challenge which saw her competed in the fifth season of Dancing With the Stars, reaching the show’s seventh round.
Ever since, Jane Seymour has made several guest appearances in series such as Castle and Franklin & Bash.

Additionally, she continued to appear in made-for-TV movies, including 2012’s Lake Effects.
Jane Seymour devotes much of her time these days to her art. She appeared at galleries around the country.

In addition to fine art, she markets a line of beautiful jewellery known as Open Hearts, a skincare program together with furniture and home accessories. She also formed the Open Hearts Foundation, supporting arts, education, health, and sports charities.

Jane Seymour has a considerable number of followers on social media. This is due to her fame as an actress and activist.

She is followed by over 214k followers on Instagram coupled with several followers on Twitter and Facebook.
Jane Seymour‘s verified social media accounts are as follows;

Jane Seymour keeps her head high, knowing entirely that many, even at her age, her fashion tastes are admired. She stands tall and healthy with a height measured 5 feet 4 inches (1.63 m) and a weight of 110 lbs (50 kg).

She has an impressive body figure measured to be 35-24-34 inches- her breast size 35C, waist 24 inches, hips34 inches. Her beautiful hair is light brown, while her eyes are greenish.

Jane Seymour‘s career might have attained great success; however, the story is not the same with her married life. The actress has been married and divorced four times.

First, Jane Seymour married Michael Attenborough, who is the son of famous British director Sir Richard Attenborough when she was 20 years old. However, the marriage was short-lived.

And in 1977, Jane Seymour remarried, this time to a businessman named Geoffrey Planer, but after a year, the couple divorced.

She took to the processional again in 1981, with her then-business manager, named David Flynn. The union produced two children, named Katie Flynn and Sean Flynn, but the pair divorced in 1992.

Furthermore, Jane Seymour met actor-director James Keach in 1992. The two exchanged vows at a wedding held in May of 1993. Through the union, Jane Seymour gave birth to twins in 1996, which brought the family total to six (including step-daughter Jenny Flynn and stepson Kalen Keach). However, the couple divorced in 2015.

And ever since, Jane Seymour has remained single and hasn’t been reported in any relationship as she contempts herself for taking care of her children.

Jane Seymour takes painting as a hobby and a good one at that. Her favorite food is Garlic, Smoked salmon with really kind of nutty bread, hard bread with lots of grains, while her favorite destination is London, New York. She chose red and pink to be her best colors.

Jane Seymour is one of the most richest and influential female celebrities to grace the earth.

The British American, Jane Seymour has a whopping sum of $60 million as her estimated net worth. She is an actress and entrepreneur with several clothing lines and businesses around America, thus the source of her overwhelming wealth.

Jane Seymour is a veteran who, through her efforts, have become well-recognised in the movie industry.

Her most prominent film came in a hit CBS series titled Dr Quinn: Medicine Woman, although she’s appeared in other top movies and television shows. You can find them below.