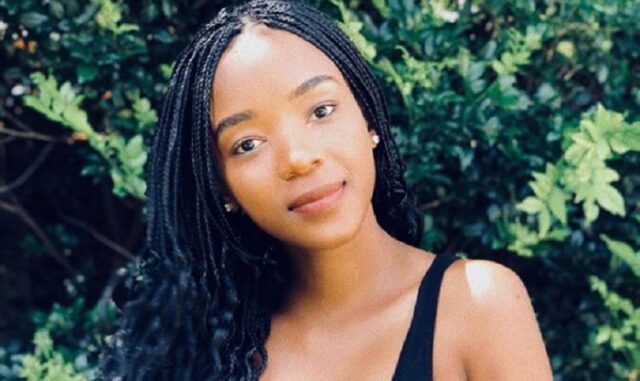 Her full name is Amamkele Lithemba Qamata but she became professionally addressed as Ama Qamata. She is a South African actress and filmmaker who is popular for her role in the Netflix Teen Drama Series, “Blood & Water“

Qamata was born on the 2nd of September 1998 in Cala, Eastern Cape, South Africa. When she turned three, she and her family moved to Johannesburg.

While in school, she participated in dramatic productions. Thereafter she appeared in advertisements for Mcdonald’s and Cheese Curls.

Qamata graduated from Reddam House School in 2016. She took a gap year before enrolling at the University of Cape Town (UCT) for a degree in Theatre and Performance. But during her second year, she withdrew from the university.

When she was 17, Qamata debuted in the Television drama ‘My Perfect Family‘ playing the role Nalendi. The show was aired by the Television network SABC1.

In 2020, she played the character Bhule in the television series Gomora.

Also in 2020, she was cast in the Netflix teen drama series “Blood & Water” where she played the role “Puleng Khumalo”.

She has also acted in roles in films such as Rhythm City and Commandos: The Mission.

She won the ‘Next Big Thing Award’ at the South Africa Styles Award in 2020.

Ama Qamata’s private life is not publicized, she’s said to be single since it’s unclear if she’s in a dating relationship.