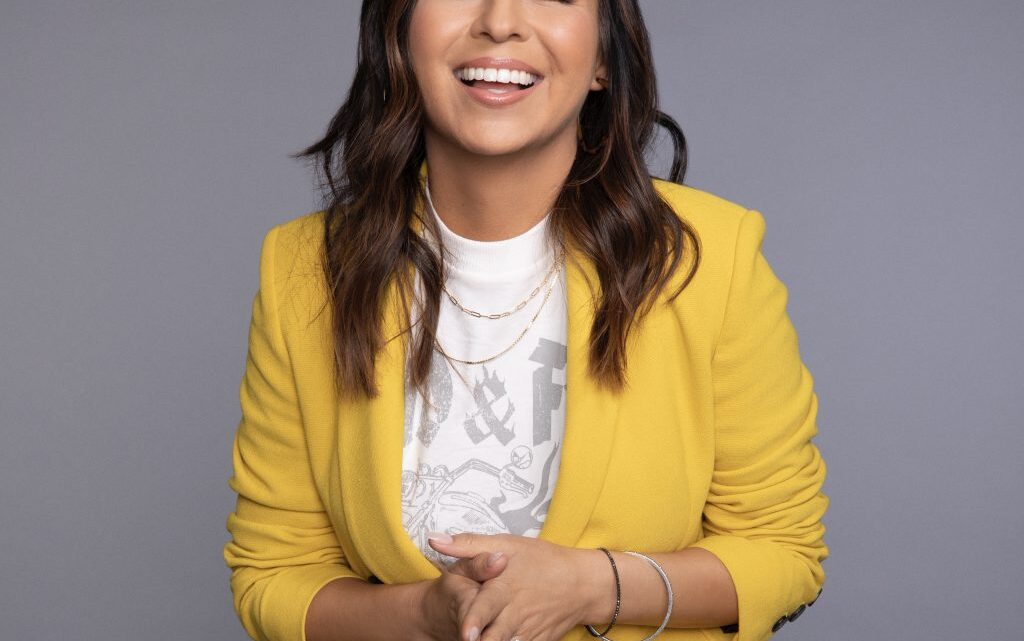 She has become a successful actress and comedian. She is most well-known for her work on MADtv, where she was a cast member from 2007 to 2009.

Anjelah Johnson has also played in several other popular TV shows and movies, including Alvin and the Chipmunks: The Squeakquel, Enough Said, and The Book of Life. In addition to her success onscreen, Anjelah Johnson-Reyes, while in college, became a member of the Oakland Raiderettes, an NFL cheerleading squad.

It was during this time that Anjelah Johnson developed her stand-up comedy routine. In 2007, she won first place in the NBC Stand-Up for Diversity Competition. That same year, she made her debut on MADtv as a series regular.

Angelah Johnson was born in the United States on May 14th, 1982, in San Jose, California, United States. She is the daughter of a mother, Susie Zagar, who worked in civil service, and a father who was a contractor.

She showed an interest in soccer, softball, and track from an early age. She has tow siblings, a sister named Veronica Johnson and a brother named Kennie Johnson.

Angelah Johnson also did break dancing and hip hop. She began acting while she was a senior in high school, with a particular interest in impersonating people’s accents.

Angelah Johnson got married to Manwell Reyes, a member of the Group 1 Crew, in Half Moon Bay, California, on June 11, 2011.

Despite enjoying and spending time with their nieces and nephews, she revealed that she and her husband does not want to establish a family of their own.

Angelah Johnson has no kid.

After a buddy suggested she take a joke-writing class, Angelah Johnson came to Los Angeles in 2005 to seek a career in comedy. She began taking comedic classes and soon began hosting her events. Her stand-up performance, which centered on the mimicry of a Vietnamese nail salon employee, went viral on YouTube.

Angelah Johnson appeared as a notable participant on the sketch comedy show MADtv in 2007. Because of the looming writers’ strike, she was frequently assigned only a few lines in the scripts throughout her stay since the authors were pressured to create more screenplays at a faster speed.

Her self-scripted character Bon Qui Qui, a fast-food employee who treats customers cruelly, on the other hand, was highly welcomed and acquired a sizable YouTube following. Angelah Johnson was nominated for an ALMA Award in 2008 for Outstanding Female Performance in a Comedy Television Series for her performance on MADtv.

Anjelah Johnson: That’s How We Do It, a one-hour Comedy Central special, was released in 2009. She also gave her voice to the live-action adaptation of Marmaduke and appeared in Alvin and the Chipmunks: The Squeakquel and Our Family Wedding. She also appeared on George Lopez‘s late-night chat show titled Lopez Tonight.

Angelah Johnson currently has an estimated net worth of US$5 million. She makes her money through entertainment-related businesses, which comprise TV appearances, comedy shows, and tours.