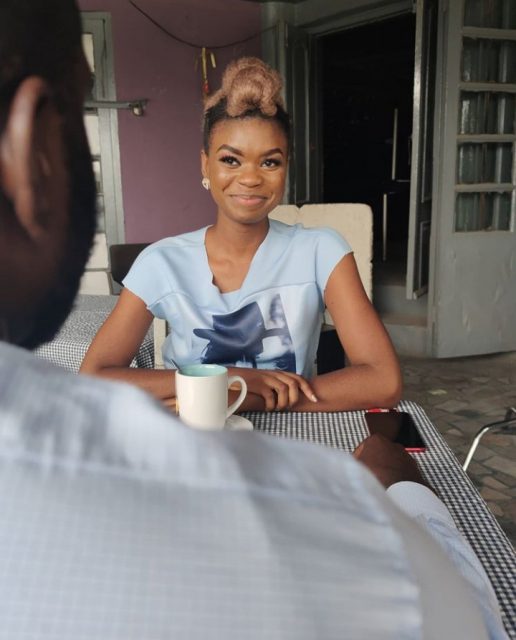 She came into the limelight by starring in the popular TV series, MTV Shuga.

Since her invasion, she has been able to resonate in the heart of movie lovers due to her impeccable performances.

Belinda Yanga was born and raised in Nigeria on February 16, 1987, before moving to Scotland in early 2007.

She returned back to Nigeria in 2013 to pursue her career in filmmaking and acting.

She obtained a degree in Creative and Cultural studies at the University of Glasgow, Scotland and she is also skilled in Film and Television Analysis and Arts and Media Informatics.

Belinda Yanga is the founder of the Rhythm Media Enterprise, a film production company that has created numerous narrative and documentary films.

She has a strong drive for visual storytelling and performance and the African culture and she showcases this in numerous films she has produced.

Belinda Yanga has starred in lots of movies and Tv Series like;

Apart from marking herself as a superb actress, Belinda Yanga also has created and produced a lot of movies.
Some of these moves are;

Being a versatile and skillful actress, Belinda Yanga has worked with top guns of the Nigerian movie industry such as; Omowunmi Dada, Mofe Duncan, Ijeoma Grace Agu, Keira Hewatch, Mo Abudu, Kiki Omeli, Bryan Okwara, Deza The Great, and many superstars of the Nollywood industry.

Not much is really known about her personal life but Belinda Yanga is married to Buddy Doubara Agedah.

The marriage is blessed with a beloved son.

You can check more of Belinda Yanga on her social media handles;

With her name making it to the main namespace of the Nollywood Nigerian movie industry, Belinda Yanga has been able to bag an estimated net worth of $100,000-$500,000.