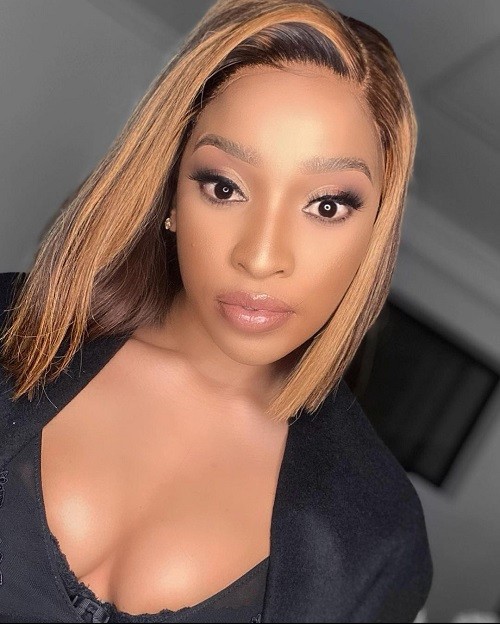 Cindy Mahlangu is an excellent South African actress and personality born in the city of Mpumalanga.

She hit the limelight for the role Siyanda pioneered in the South African soap opera The Queen.

Born November 21, 1996, in Mpumalanga, Cindy Mahlangu is from South Africa.

She’s celebrated for appearing in the top SA series.

As personnel in the acting field, it’s never easy to work as you have to read and digest every role you’re given to portray.

Cindy Mahlangu who’s trained herself to become a professional actress first debuted in The Herd. Her other shot was when she acted the role of Kayise in Makoti.

The most populous of her career came when she cast the role of Siyanda in the popular South African soap opera The Queen. Though her role in the series was brought to an unexpected end in April 2020.

Cindy Mahlangu has also been noted in the Netflix-produced movie Blood and Water.

She’s been stylized in Essay Magazine as the Cover Girl which happened in December 2018.

An unverified source has it that Cindy Mahlangu is hitched with Bafana Bafana and French club Amiens SC midfielder, Bongani Zungu.