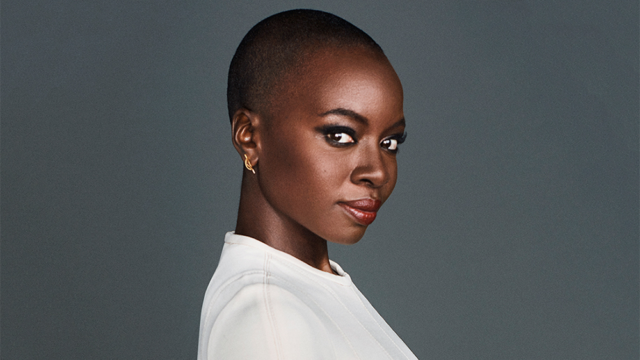 Proudly multi-lingual, Danai Gurirai speaks English, Xhosa, Shona and French. She has put her language skills to work in some of her plays we’ll discuss later.

Danai Gurira is the co-founder of Almasi Arts, which gives African Dramatic Artists access and opportunity.

She also founded LOGpledge.org (Love Our Girls), an awareness-building campaign focused on the plights of women and girls around the world.

Born on February 14, 1978, in Iowa, USA (Grinnell City), Danai Gurira is currently 43 years old. You would never have guessed she’s a day over 40 with the type of body she rocks.

All credit is given to diet and exercise; Danai revealed that she is pescatarian and exercises a lot, hence her robust physique. If her fearless character Okoye in Black Panther-inspired you with all those warrior moves, try her no meat, fish only diet for improved strength and stamina.

Fish fingers, Norwegian smoked salmon, Haddock cakes or Kingklip, there’s a lot of variety, especially on the Checkers specials. You can also delight yourself with a gourmet fish platter at Ocean Basket now and again. Remember to put in the exercise too.

Her parents, Roger Gurira and Josephine Gurira, moved to America around 1964. When Danai Gurira was five years old, they moved to Harare, Zimbabwe, where she and her older siblings – Tare Gurira (brother), Shingai Gurira and Chiwoniso Gurira (sisters) completed their high school education before returning to America.

Danai Gurira has a Bachelor of Arts degree in Psychology from Macalester College and a Master of Fine Arts degree from Tisch School of Arts, New York University.

Rumoured to have been dating Norman Reedus, her co-star from The Walking Dead in 2015, that is all there is to Danai Gurira’s love life. Reedus was captured kissing Gurira in the show’s behind-the-scenes, hence the speculation.

However, though fans were thrilled at the possibility of these two being a couple off-screen, it turned out to be just a friendly kiss.

Danai Gurira is one woman who does not kiss and tell; she keeps her personal life very private. But we know she isn’t married yet, and perhaps, RnB singer, Maxwell, can still have a shot.

If you know anything about Danai Gurira, you know she is a passionate actor, and all her roles are handled with finesse.

She is fierce, authentic, and so captivating. You will love all her work if you haven’t watched the movies in the list below.

The Walking Dead introduced us to Michonne, Danai Gurira’s character, and we fell in love with her from the first episode. We were unfortunate at the announcement that she would not be a part of the cast anymore, but we celebrate her for captivating us for a good eight years. Below are some of her TV Shows.

Danai Gurira is a commissioned playwright at Yale Rep, Playwrights Horizons, Center Theatre Group, and the Royal Court. She is also a current Hodder Fellow at Princeton University.

Here are her most esteemed works:

Of course, our badass actress, Danai Gurira has clinched several trophies for her fantastic work on stage and her stories:

UN Women Goodwill Ambassadors are celebrities who utilise their skill, popularity, or renown to help the UN better address related issues of equality and women’s empowerment. In 2018, Danai Gurira became one of these celebrities, and her work for LOGpledge.org speaks volumes.