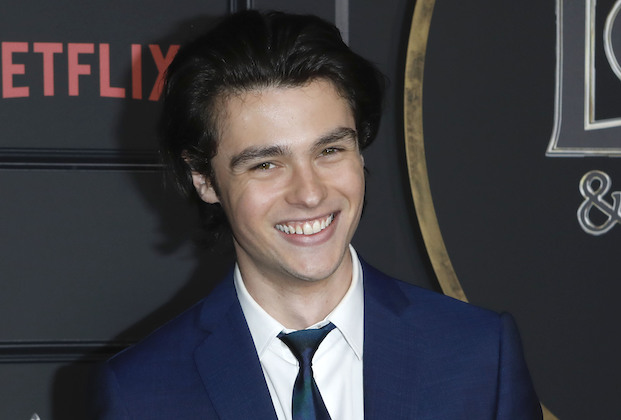 Felix Mallard (born 20 April 1998) is an Australian musician, actor, and model. He is famous for his role as Cooper James in the television show, Happy Together.

He was recently cast in the Netflix drama series titled Ginny and Georgia as Marcus Baker.

His role in the series has captured the interest and attention of movie followers, causing a massive increase in his fan base.

Felix Mallard was born and bred in Melbourne, Australia. He was born on 20 April 1998.

His parents are Dave Mallard (father) and Jane Mallard (Mother).

His father is a successful businessman, while his mother is just a regular housewife.

Felix Mallard has only one sister whose identity has not been revealed.

He started playing the guitar and singing at a very young age. He joined a local rock band known as Enemies Alike.
Through the band, Felix Mallard got the opportunity to play in various events around Melbourne and at school music events.

He even participated in the Associated Catholic Colleges’ Battle Of The Bands competition.
Felix Mallard took up fencing when he was age ten, competing at the state and national levels. He won two bronze medals in the team events at the 2012 Victorian National Champions and came 5th in the under-15 National Sabre Championship in 2013.

At age 13, Felix Mallard was scouted by a modeling agent and signed with Vivien’s Models. He was involved in campaigns and awareness about the editorial spread in Yves Magazine.

Felix Mallard was a bright student of St Mary’s College, where he also served as College Prefect.

The Australian completed the Victorian Certificate of Education (VCE) in 2015. Furthermore, he studied a course in Technical Production.

Felix Mallard made his acting debut in 2014 when he was 15 years old. He played the role of Ben Krik in the Australian television soap opera titled Neighbors.

Furthermore, Felix Mallard obtained an audition through connection from his modeling agents, which he unexpectedly won. Before this, he had never considered acting, but this experience opened his eyes to the possibility of a new career.
He resumed acting the following year for a 4-month appearance while at school. After year 12, Felix decided to pursue acting full time and re-joined Neighbors as a permanent character in 2016.

Felix Mallard‘s music was incorporated into his character, where he frequently plays music on the show.
Mid-2016, he starred in a 20-episode online spin-off released on Instagram titled Xanthe Ben and summer Stories, a webisode series broadcasted during the 2016 Christmas season.

Felix Mallard acted in what will be his last series for Neighbors in late 2017. His final episode aired on April 10, 2018.
He made two remarkable returns with appearances by video link, aired on 31 December 2018 and January 2019.

Following his departure from Neighbors, Felix Mallard moved to the United States of America in early 2018. He immediately secured the role of pop star Cooper James in Happy Together, a CBS comedy series.

Felix Mallard also appeared in the recurring role of Lucas Caravaggio in the Netflix horror series titled Locke And Key. The filming took place in mid-2019 and was released on 7 February 2020.

In 2021, Felix Mallard started a recurring role in season 2 of the musical comedy-drama series Zoey’s Extraordinary Playlist aired on NBC.

He’s also been listed among the cast of the Netflix drama series Ginny and Georgia as Marcus Baker.

Felix Mallard‘s social media handles experienced massive followership after being listed amongst the cast for the Netflix drama series, Ginny and Georgia.

Before being listed among the cast, Felix Mallard had only 900k followers on Instagram, but he now has over 3.3 million followers on the popular social platform Instagram.

The young actor, Felix Mallard is 5 feet 10 inches (180 cm) tall and weighs 70kg (154 Ibs). He is quite handsome with a mesomorph body type, Dark brown hair, proportional to his Dark brown eyes. He has no visible tattoo on his body.

Felix Mallard keeps details about his personal life private as such. Therefore, we cannot confirm if he has a girlfriend.

Although, he has been quoted saying his girlfriend sent him a text message about his second edition in the U.S.

However, he did not reveal details about his said lover. They’ve been no reports of controversies over the Australian actor so far.

Felix Mallard earns an estimated $74,838 annually, which is more than enough for a beginner.

Felix Mallard made his film debut at the age of 15 when he played Ben Krik in the Australian television soap opera titled Neighbors.

Fast track to now, he has gone on to star in several films, most of which are listed below.