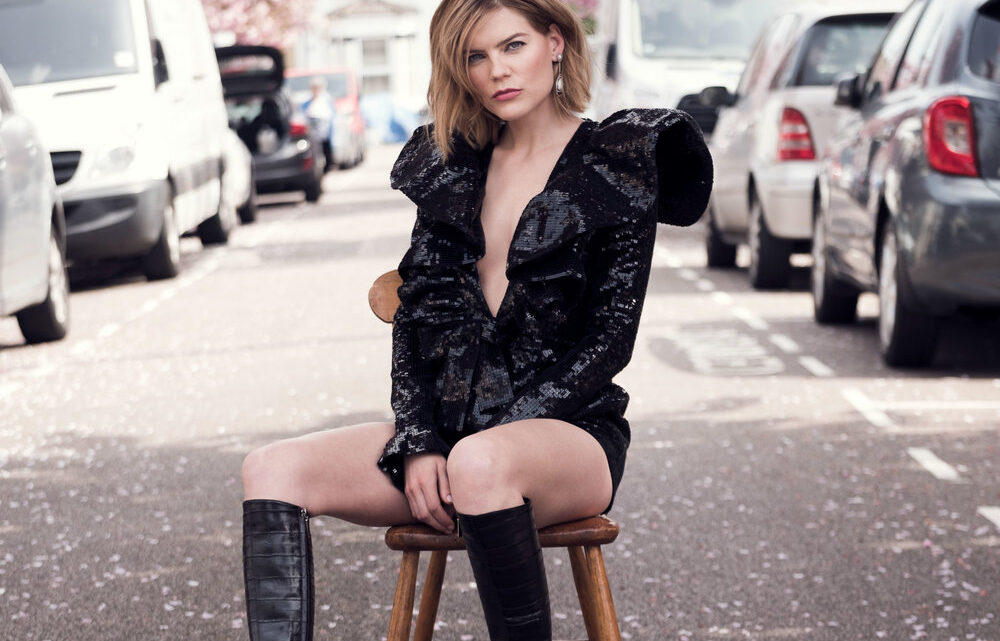 She received wide recognition in the movie field in 2012 as a cast member of Showtime’s Shameless.

She played Mandy Milkovich and appeared as a recurring character in seasons three (3) and four (4).

Over the years, Emma Greenwell has filmed in several highly rated movies and TV series.

She was born on January 14, 1989. Her parents were a multinational couple.

Her mother, Caroline Posner came from France, while her father, Simon Lloyd Greenwell had English roots.

He (the father) worked in the United States when their first child appeared in their family.

Two years on, Emma Greenwell, together with her parents, moved to the UK and settled in London henceforth.

Emma Greenwell attended the London Academy of Music and Dramatic Art for a year.

She acknowledged it was good, but it made her realize she did not want to go to a drama school before trying her luck at the pilot season in Los Angeles, California.

Shameless, the Emmy-winning Showtime drama was her first job. She booked it when she was 22.

Before that job, she was planning on returning to London. Instead, booking Shameless forced her to rent a car and find an apartment, so she did not return to London for several months because of her role.

Emma Greenwell began her movie career by seeking roles in England. She got some minor parts there but was not in the limelight yet. The novice actress decided to return to her birthplace, the US and moved to Los Angeles, hoping to give a new impetus to her career.

Before she received her first significant role, she had faced enough problems.

She became the cast member of the critically acclaimed series, Shameless in 2012, playing the role of Mandy Milkovich when she replaced Jane Levy. Her first headlining feature was when she received her first movie role in Mitchell Altieri’s Holy Ghost People in 2013.

Emma Greenwell’s English accent became a pleasant surprise for the director. However, in her interview before the movie’s premiere, she said it was a huge compliment when people didn’t know she was English.

But Emma Greenwell was easy during filming. The set days became her best time. She even forgot they were making a movie. The actresses were staying at a school girl’s summer camp and kayaked to breakfast.

Preparing for her role, Emma Greenwell did a lot of research on religious groups, and it was an exciting experience. In 2015 Emma Greenwell wrapped the lead in the feature movie, Dare to Be Wild with Tom Hughes.

The film told the story of Irish woman Mary Reynold (Emma Greenwell), which made a journey from rank outsider to winner of a Gold Medal at the Chelsea Flower Show.

For some time, Emma Greenwell was dating her co-star (they met in ‘Shameless‘), Jeremy Allen White. Their love affair began after Emma Greenwell replaced Jane Levy in Showtime’s series.

Though Jeremy was two years younger, the two were romantically involved from 2011 to 2017. Unfortunately, the lovers broke up after the series was over and got working separately in different organizations.

Emma Greenwell looks like a glossy magazine model. Thanks to her well-known stylist.

Emma Greenwell being a young actress, is at the beginning of her path to net worth accumulation.

Although she has already earned an impressive sum of net worth, which is estimated to be $1.5 million to $4 million. She makes an annual salary of over $56,000.