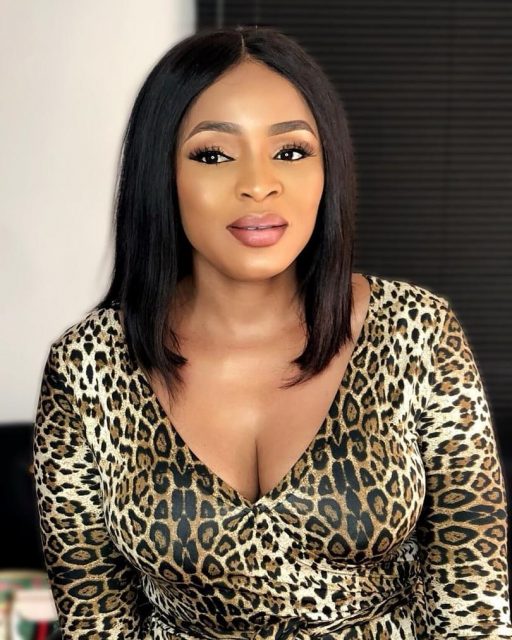 She is a native of Azigbo in Nnewi Local Government, Anambra State, Southeast Nigeria.

Happy Julian is a delectable popular beautiful Nigerian actress, film and movie maker, who has been in the Movie Industry since 2008.

She is the CEO of Ebanky Global International Limited.

Happy Julian Uchendu was born into the family of Mr. and Mrs Uchendu in Azigbo, Nnewi, Anambra State.

She was born on the 26th day of September in 1986 which makes her celebrates her birthdays every September.

Julian is the first child of her parents, born into the family of nine (9) including her father, mother, four girls and 3 boys.

Sadly her father is late.

She graduated form University of Jos with a Bachelor’s Degree in Micro-Biology in 2010 but her love for the movie industry made her switch from science to arts and entertainment.

Happy Julian Uchendu started out as an actress and grew to becoming a producer with over 8 years experience in television production and film making.

After attending several auditions, she decided to go full time production of her own movies.

She produced her first movie, Morgana in 2012 just after joining the Producers Guild of Nigeria, Abuja Chapter.

Rumor has it that actress, Happy Julian Uchendu is married to a handsome businessman in Nigeria. Also that their union is blessed with a son.

She got married to her loving boyfriend after some time dating.

Ever since Happy Julian Uchendu came into lime light, her network has attracted many individuals t get involved in business with her.