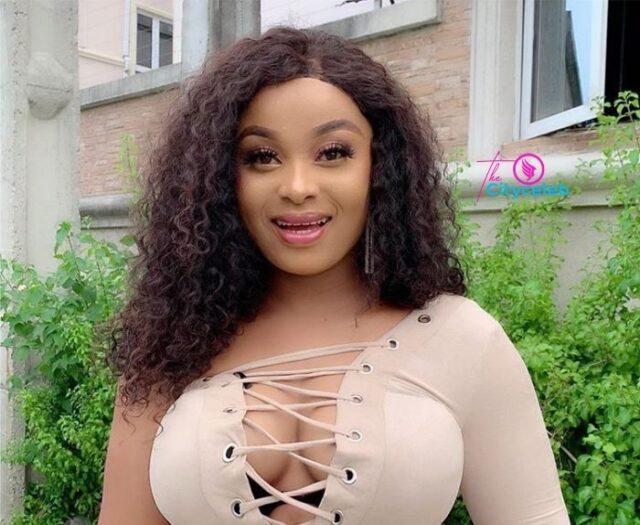 Inem Peter’s birth name Joy Peter Uboh is an upcoming producer and a fast-rising actress known to have featured in series of movies in Nollywood.

She is a Lagos-born and brought-up girl.

Due to losing her father at a tender age, she was raised by her mom.

Inem Peter is from the south-south region of Nigeria, specifically the Calabar and Efik tribe which could be Akwa Ibom or Cross River State.

In 2014, Inem Peters graduated from the Houdegbe North American University and served in 2015 Kwara State, Nigeria.

Inem Peter is widely known for sharing pictures and videos of her sexy body. She has been featured in many movies alongside others of the same caliber.

Inem Peter began her journey as an actress in the Nollywood industry with appearances in Papa Ajasco films namely: Last Date, Five Wives, Lying Game, A Perfect Past, Hard Fate, and Broken Wall.

According to an interview with Inem Peters, she has expressed her love for the craziness of her job and has described her social media flaunts as an unintentional act.

Saying that she has got the curves for a long time and that goes without any ulterior motive and adding that her curve is just a mere addition to her hard work.

When asked if she was in Love, Inem Peter boldly said a NO but added she is searching.

She has also been asked by the press if she could date an actor but was reluctant to give a straight answer saying she can consider giving it a try by dating but impossible if it comes to becoming life partners due to the nature of their job.