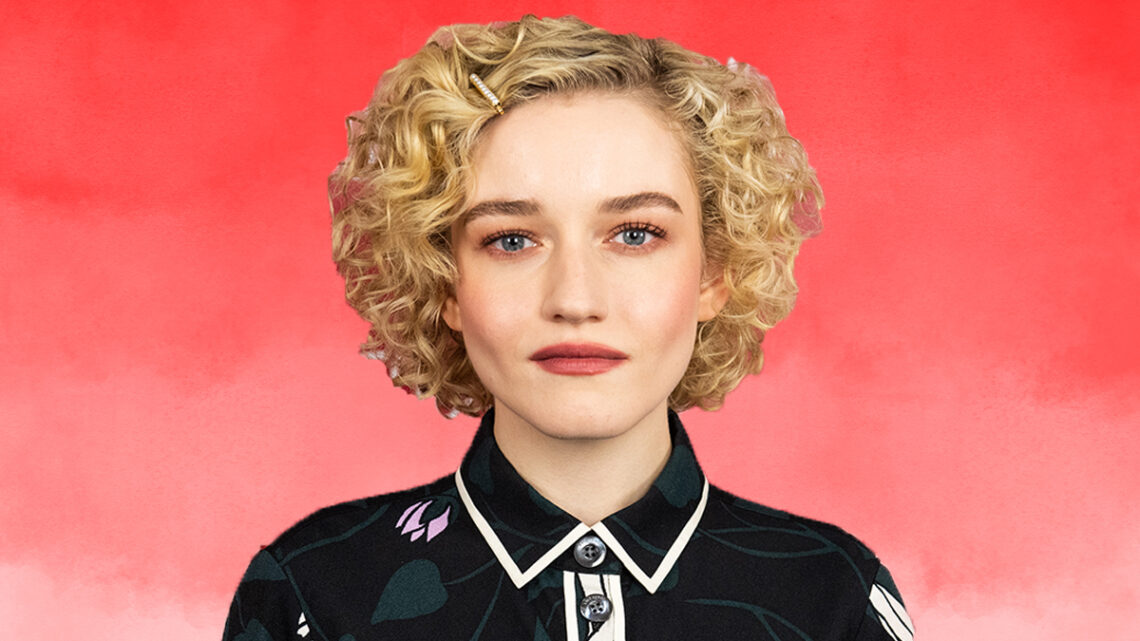 She holds considerable interest from movie-enthusiasts for her role as Ruth Langmore in a Netflix crime drama series titled Ozark.

It was through the role she clinched two Primetime Emmy Awards for Outstanding Supporting Actress in a Drama Series.

Julia Garner performed well in an FX drama series titled The Americans from 2015–18, a Netflix miniseries titled Maniac in 2018, and the Bravo true-crime series titled Dirty John from 2018–19.

Julia Garner was born in the populated town of Riverdale, Bronx, in New York City on 1 February 1994.

Her father, Thomas Garner, is an art teacher and a painter, while her mother, Tamar Gingold, was a famous comedian in Israel.

In the long run, her mother relocated to the United States in her late twenties and became a therapist.

Julia Garner has an older sister named Anna Garner, who is three years her senior and special education and ESL teacher at a high school in Manhattan.

Her family was academically oriented, which has seen them more interested in art, books, philosophy, and watching classic films.

Before becoming a teenager, she had already seen classics such as All About Eve, Rosemary’s Baby, and Taxi Driver.

Julia Garner disliked school. She struggled virtually with a reading disability; hence she could not string words and sentences together.

This shortcoming came along with their shy nature making her an introverted person. At 14, Julia Garner and her mother decided to try an acting class to overcome her shyness and gain confidence.

The class was at the prestigious T. Schreiber Studio, New York. After the first class, her mother was unsure whether she would fit in given her confidence issues, but Julia loved the experience and chose to stay.

Julia Garner‘s first professional career as an actor started with student films for the Columbia Film School. As she had problems reading, she overcame the difficulty of reading her dialogues through memorizing and practising them incessantly.

When she was 17, in 2010, an open casting call was announced for the American remake of the British series Skins. There were 1500 contestants, and Julia Garner made it to the final 30. However, the role went to someone else. One of the casting assistants coincidentally was Susan Shopmaker, who also happened to be an acquaintance of Julia Garner. Five months after her first audition, Susan Shopmaker gave her a role in a film titled Martha Marcy May Marlene.

Julia Garner started getting noticed by Indie film directors, and in 2012 she was given a role in a film titled Electrik Children, which was directed by Rebecca Thomas. That same year, director David Chase wrote a part mainly for her in his film titled Not Fade Away, and she also starred in a film titled The Perks of Being a Wallflower.

Early on, Julia Garner discovered that she was being offered unconventional roles and films. For example, she acted a cannibal Rose Parker in a 2013 film titled We Are What We Are.
Also, in 2014, she played the stripper Marcie in a crime movie titled Sin City: A Dame to Kill For, a 2015 comedy film titled Grandma, she portrayed Lily Tomlin’s pregnant granddaughter.

Julia Garner’s anticipated debut in television happened in 2015 when she had a recurring role in a spy series titled The American during the Cold War.

In 2017, Julia Garner became the breakout star of Ozark‘s series, where she plays a young criminal mastermind.
The empathy with the character is why her performance was judged remarkable and has even won awards like the Emmy.

In 2019, Julia Garner acted in The Assistant, and the same year, she starred in a romantic anthology TV series titled Modern Love as Madeleine. Additionally, she is also fast becoming a remarkable fashion icon. She has walked the ramp for Balenciaga at the prestigious Paris Fashion Week and participated in ad campaigns for Miu Miu and Kate Spade.

In 2013, Julia Garner won the Best Actress category in Austin Fantastic Fest for We Are What We Are. In addition, her Ozark performance won her the 2019 Emmy for Outstanding Supporting Actress in a Drama Series.

Julia Garner edged out Games of Throne stars to win the coveted award in the 71st prestigious Primetime Emmy Awards held on September 23, 2019.

As an actress, Julia Garner has attracted people to follow her social media handles, for which she now has over 698k followers on Instagram coupled with her numerous followers on Twitter.

Judging by her appearances in several events and red carpets, Julia Garner is a beautiful young woman. She stands confidently with a height of 5 feet 5 inches (1.65 meters) and weighs 55 kg (121 lbs)

In December 2019, Julia Garner married lead vocalist Mark Foster of the Indie pop group known as Foster the People. The lovely couple got engaged during a scenic but romantic visit to Yellowstone National Park on April 25, 2019.

Her best food is Seafood, and her favourite colour blue and yellow.

The popular American actress has earned a lot of money from both her acting and modelling career. Julia Garner has an estimated net worth of $2 million.

Despite her young age, she has proved to be one of the most demanding actresses in the industry, with a salary of approximately $20K Per Episode.