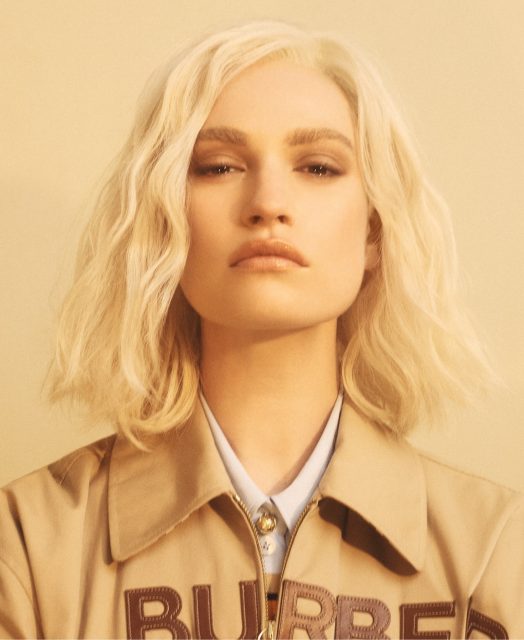 She has recognized roles in movies like Cinderella and Darkest Hour. She began her acting career in her teenage as her parents were active in the entertainment industry.

Lily James was born on 5 April 1989 in Esher, Surrey, a daughter of Ninette Mantle, an actress, and James “Jamie” Thomson, a musician.

She has two brothers, one older and one younger. Her paternal grandmother, Helen Horton, was an American actress.

Her maternal grandmother was French, and fled her village near Paris because of the Nazis, later marrying James‘ grandfather, a minister in the RAF. Lily also has a sibling, Sam Thomson.

Lily James began her education at Arts Educational School in Tring and subsequently went on to study acting at the Guildhall School of Music and Drama in London, graduating in 2010.

Lily James began her acting career in the television series, Just William. Her role in the series, Downton Abbey became her breakthrough role, and she had the leading role in Cinderella.

She has starred in several films including Baby Driver, Darkest Hour, The Guernsey Literary, and Potato Peel Pie Society.

Lily James starred as Eve in All About Eve alongside Gillian Anderson in 2019. The play opened on 15 February to positive reviews, running at the Noël Coward Theatre in the West End until 11 May.

Lily James‘ father, James Thomson, died from cancer in 2008. She took her father’s first name as her stage name when she learned there was already an actress named Lily Thomson.

She was in a relationship with actor, Matt Smith from 2014 to 2019. Lily James is currently dating Michael Shuman.

Lily James has to spend some of her money on charity work. She supports charities such as Motor Neurone Disease (MND) Association.

The renowned British talented actress, Lily James’ net worth is estimated to be roughly $8 million.