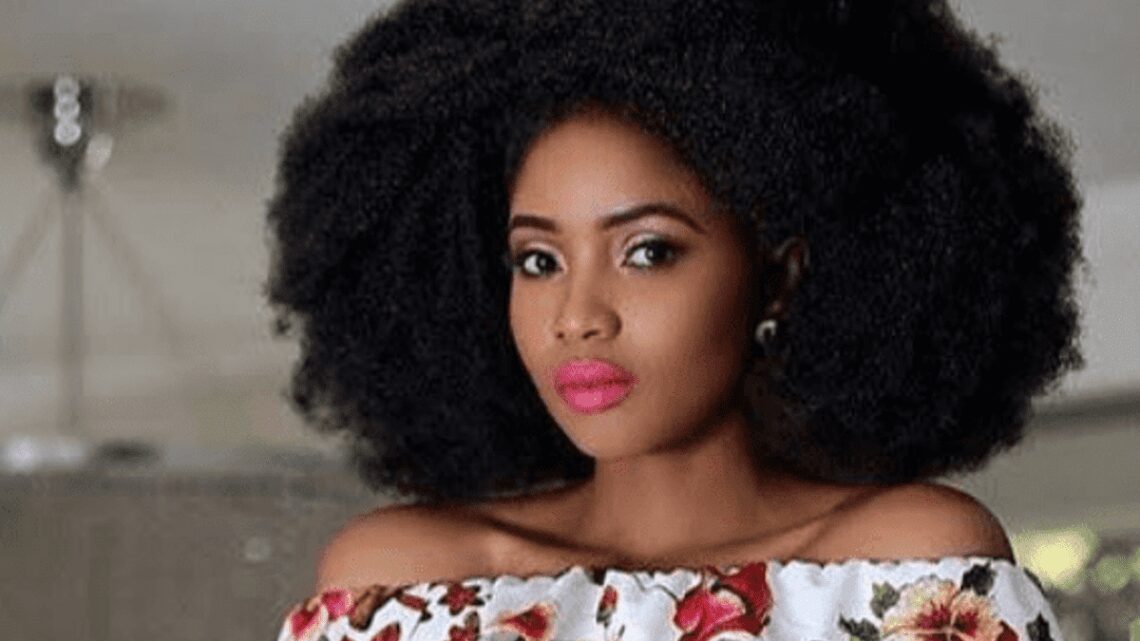 She is popularly known for her excellent portrayal of the character, Zikhona in the South African drama series, Ingozi, which was among her first TV roles.

She also starred as Benni on the South African telenovela, The Queen.

Lunathi Mampofu was born on the 7th day of March in 1987. She was born and raised in Cape Town, South Africa.

She was largely influenced by her parents and brother’s deep passion for the art industry. This streamlined her career choice.

She was also highly inspired by his elder twin brothers, who were doing excellent in the industry. She always wished to be as large as her brothers and today, this wish has come to actualization.

Lunathi Mampofu started her career at a young age. She performed in secondary school and took part in acting competitions, which brought her to the attention of the media.

She left for New York around 2011 and while studying in New York City and Los Angeles, California, she took part and appeared in several professional and student movies like Shack Attack, Umthandazo, and Rising Light.

She returned to South Africa in 2016 and made her first appearance in an episode of the South African drama series, Isikizi where she played the role of a spiritualist. Since then she has started as a guest star and lead character in several South African television shows including Shadow, The Queen, The River, Unmarried, Lockdown Heights, and several others.

She also appeared in several television advertisements and commercials for large South African corporations such as Glen Tea and Discovery Insurance. Adding to her already impressive résumé, she has worked as a casting director for Gersh Studios in Los Angeles, California. She is a fashion designer.

Lunathi Mampofu is happily married to Dylan Lloyd. Her husband is an art director and production designer.

Together they have a daughter named Skye who was born in the United States of America through In Vitro Fertilization (IVF).

Lunathi Mampofu is active on Social Media. She regularly uploads her pictures on her Instagram account @lunathimampofu. She has over 100,000 followers.

The South African celebrity fashion designer and actress, Lunathi Mampofu has an estimated net worth of $750,000 to $1,500,000.