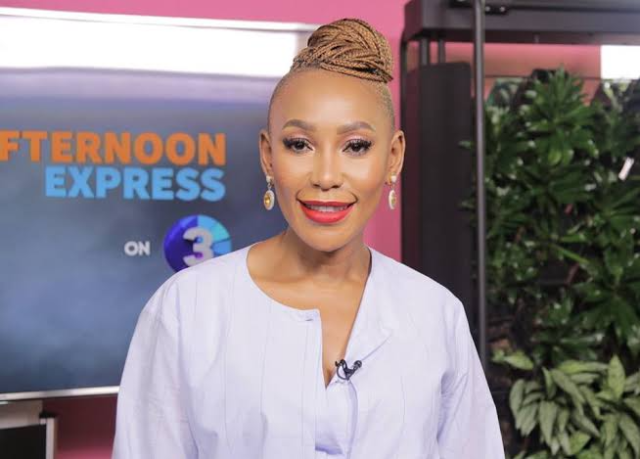 She is popularly known for her role in the M-net drama Jacob’s Cross, where she played the character of Zanele.

She as well became famous for the role she played in Isibaya as Iris Zungu.

In addition, Mampho Brescia has appeared in many TV roles, which moulded and structured her into the talented actress loved and adored by the whole of Mzansi ever since she got to the industry in 1998.

Mampho Brescia was born in Johannesburg, but she grew up in Soweto, South Africa, with her parents and siblings.

She did her Primary and Secondary school education in Johannesburg, after which she attended Wits University, where she acquired a degree in International Relations.

After her degree in Wits University, she had two years period in Japan, which started in 2000 when she was 23 years old.

This two years period was part of an exchange program that got her into Soka University.

Mampho Brescia’s career started in 1998 as a TV presenter for the show, Reality Check. After some years, in 2002, she got her first acting role as Mbali on the popular Generations on SABC1.

She got some other new functions after she got a new job as an AfriSat presenter.

In 2005, she started freelance presenting on DSTV while doing corporate videos for firms and institutions like Standard Bank and the Department of Tourism.

She also did some guest appearances on shows like Isidingo in 2006. In addition, she started working on Jacob’s Cross.

She got her most significant and most prominent role as Brand Japan Ambassador in 2018.

Consequently, she became the first-ever Brand Ambassador Japan for Mzansi, which gave her the responsibility to ensure a good relationship between Japan and South Africa.

Mampho Brescia is married to Nicola Brescia. The two of them got married in 2005, and they have been living happy and okay.

They adopted a girl who they named Rain Brescia in 2016.

Mampho Brescia made it clear that the reason for the adoption is not a result of her inability to conceive or delay in childbearing.

Instead, she stated that she wished to adopt a child ever since she was young.

The gifted South African actress, Mampho Brescia is estimated to be having a net worth of about $100,000.

She is known for sharing pictures and videos of her outing on her account. The original Instagram handle of Mampho Brescia is @mamphob.