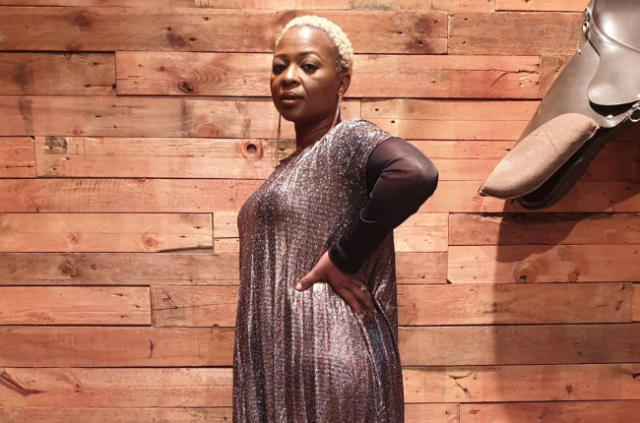 Lebo Sekgobela (born 6th April 1979), whose moniker is Manaka Ranaka, is a South African actress and TV personality. She is best known for her role in Generations: The Legacy, a South African soap opera.

She made her acting debut in the SABC 3 soap opera Isidingo in the year 2000. Nandipha Sithole was her character.

Manaka Ranaka has since appeared in a number of other television shows and films and presented a number of them.

After completing her high school education, she furthered her studies at the University of Johannesburg, where she obtained a Bachelor of Arts degree majoring in Political Science and Journalism.

Manama Ranaka comes from a family of four, and Dineo Ranaka, a well known female South African DJ, is her little sister. Her father was called Kgotlaesele Ranaka, and her mother was identified as Nonceba Ranaka.

Manaka Ranaka is the mother of three kids – two little girls and a child. Katlego started things out, trailed by Naledi, with Sibongiseni popping as the child of the house. He was brought into the world on 15 December 2020.

Before his introduction to the world, Manaka Ranaka had made it clear she minded not the slightest bit that the sex of the youngster may be.

When she was pregnant with her most memorable kid, Manaka Ranaka, she was told to cut short the youngster to keep her work, yet she denied it. Thinking back, it’s anything but a choice, she laments.

At the point when Manaka Ranaka was a youngster, her mom would whip her with lines and belts when she accomplished something wrong. Discipline was hard to such an extent that eventually, she thought she was embraced.

Presently a mother, Manaka Ranaka has an altogether unique way of dealing with nurturing and discipline. As per her, utilizing the whip on her children is a no.

Manaka Ranaka is also a grandma to one, her most memorable girl Katlego, bringing forth a kid at 18. An invigorated Manaka Ranaka had shared an image of her pregnant girl at that point, inscribing it Holy Trinity: for the sake of the MOTHER, the DAUGHTER and the HOLY SPIRIT.”

In the year 2000, Manaka Ranaka played Nandipha Sithole in the SABC3 soap series Isidingo. After becoming pregnant, the actress received a sack letter.

Later in 2002, she was cast as Portia in the SABC1 series Gaz’lam. She played Lerata Khumalo in all eight seasons of the original SABC2 sitcom Lerata Khumalo.

In 2005, Manaka Ranaka was featured in the documentary series Sex TV. In 2006, she earned the lead part of Nozuko in SABC3’s One Way. Later that year, she was cast in the SABC1 Vinolia Ntuli as Tshia, a supporting part.

Manaka Ranaka has an estimated net worth of US$100,000 to US$1 million earned from acting.