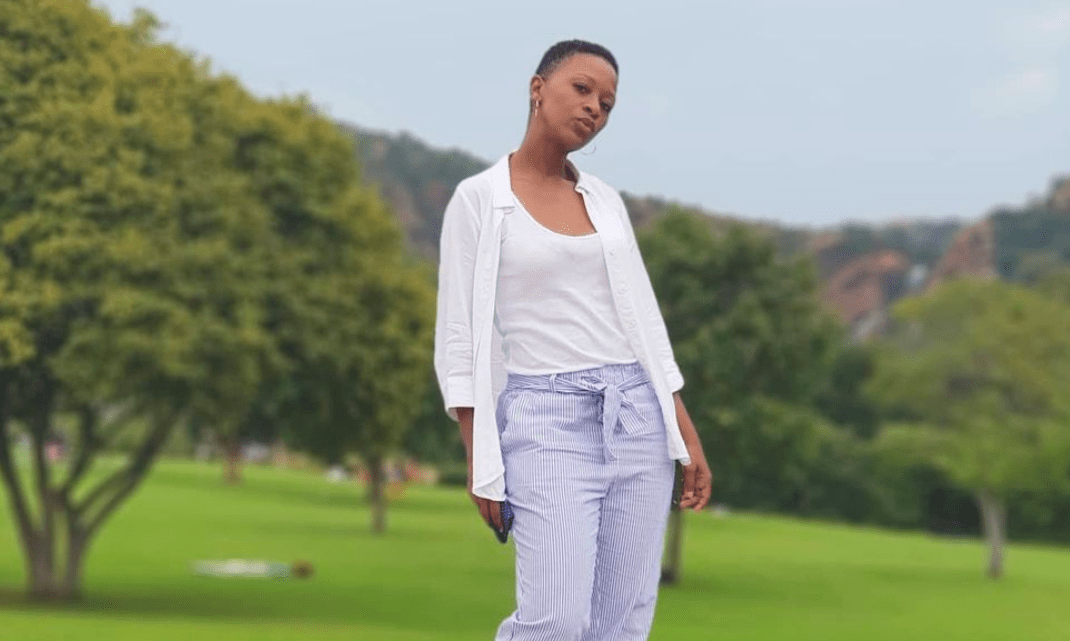 Her portrayal as Keketso Chaka on Backstage won her a lot of fans.

She took over the role from fellow actress, Katlego Danke on the e.tv soap drama for a year (April 2006–June 2007).

Salamina Mosese‘s birthday is June 19, 1983, and she was born and raised in Zebediela, a small village in Limpopo’s rural region in South Africa.

He never planned to be an actress, even though she is now a household name in the industry.

However, after accompanying her brother to an audition, her talent surfaced.

Salamina Mosese was called to audition at the casting call, and after surprising the producers of the show, she was cast in the role.

Salamina Mosese started and completed her primary and secondary school in South Africa.

She left secondary school with honors in English, Afrikaans, and History.

She continued her education at the University of Johannesburg (RAU). She obtained a degree in Corporate Communications.

Salamina Mosese got her first job in the entertainment industry as a presenter on e.tv’s CRAZE, a kids’ show. She spent five years on the show as a presenter. After that, she was cast in Soul Buddyz in 1999.

After that, she was a three-year cast member of the South African Broadcasting Corporation‘s youth drama series before departing in 2002.

In the 2008 Top Billing presenter search, Salamina Mosese came out on top. She took over as host of the show the following year. Salamina Mosese has also appeared in shows such as Soul City and Justice for All on television.

Salamina Mosese also participated in the international feature film, Beat the Drum and was cast as Tumi (the significant role) in The Ring‘s short film.

In addition, Salamina Mosese featured on two (2) seasons of Nedbank gameshows. The game show was aired on the South African Broadcasting Corporation and E.tv.

In terms of her modeling career, she has been in several advertising campaigns for major brands such as Lotto, Corporal, and McDonald’s. In addition, Salamina Mosese was the Face of Sadie, a L’Oreal roll-on brand that he started in 2017.

Salamina Mosese won a leading role in the South African Broadcasting Corporation series titled, Abo Mzala in 2011. Ella, a domestic helper, is the role she was cast in and portrayed, and her performance was close to flawless.

She started hosting the show, I Wanted to Sing Gospel in 2014. She joined the show in season three, taking over from Thabo Mdluli after the former host decided to quit the show for personal reasons, and Salamina Mosese filled the shoes properly

In 2008, the couple exchanged marital vows, formally establishing their relationship as husband and wife to the joy of their fans.

She and her husband are expecting a child after twelve years of marriage and one child. The pair shocked fans when they revealed they were expecting another child in a Bona Magazine cover story.

Salamina Mosese is active on social media. The beautiful actress can be found on Instagram @SalaminaM_.

She has a large fanbase.