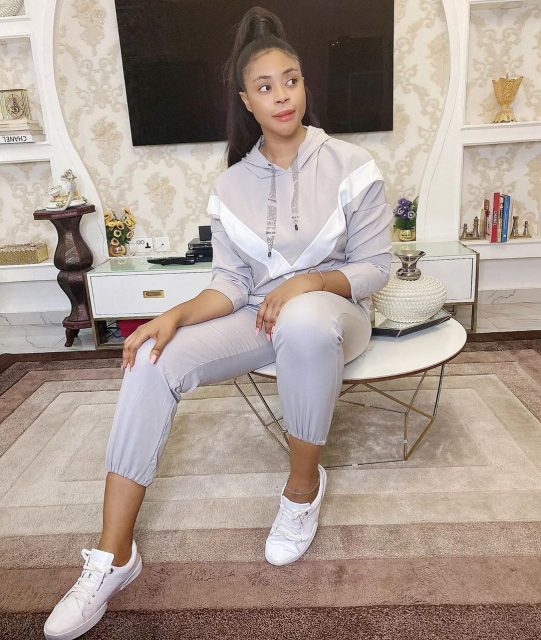 Mimi Orjiekwe (born 14th July 1987) is one of Nigeria’s shining actresses. She is also an entrepreneur, a brand influencer, a model, and a fashion designer.

She is popularly known for her character role in the 2016 movie titled, From Freetown TL, she played the role of a girl named, Inem.

She is a very beautiful and creative actress and has made her name stand out in Nigerian movie industry, Nollywood.

Mimi Orjiekwe was born on 14th, July 1987, in Enugu state Nigeria. She is also brought up in Enugu State, Nigeria.

She was the eldest in the family and also the only girl in a family of four kids. She has 3 male siblings.

Mimi Orjiekwe‘s father is a medical doctor while her mother is a good businesswoman.

Mimi Orjiekwe had both her primary and secondary education in Enugu State, Nigeria.

After her secondary education, the talented actress then attended Caritas University located in Enugu State, Nigeria.

It was at this University she got her Bachelor’s degree. After that, she traveled to Abuja, where she got her master’s degree in Business Administration.

Mimi Orjiekwe made her first debut in a movie back in 2008 in a movie titled, Royal Madness. Mimi stopped appearing on screen for a while, as she wanted to improve herself in different roles. After her break from acting, she came back and got featured in different movies. This movie Includes Desperate, Wrong, Till Tomorrow, and many others.

Outside her career as an actress, Mimi is a successful business owner, She is the owner of FBM Homes and Interiors, She is also the owner of Flawless, a beauty brand.

Mimi Orjiekwe is a professional at what she does which she has received a lot of accolades and awards.

Mimi Orjiekwe met her ex-husband, Charles Pius Billion (Movie Director, Actor) back in the year 2013, the couples dated for almost 2 years before getting married in the year 2015.

Although her marriage with her ex-husband barely lasted 8 months due to alleged cheating by her husband, the couple were blessed with a beautiful girl child named ‘Jasmine‘.

Though there are rumors stating that she has a new husband but these rumors are yet to be confirmed as the movie actress has not said anything concerning these rumors.

If there is one place Mimi Orjiekwe is highly active on, that would be her Instagram account. The beauty Queen has more than 1.3 million followers on Instagram.

Mimi Orjiekwe lives in a mansion, before her 33rd birthday which took place back in the year 2020.

The successful brand-influencer awarded herself with an SUV car and also a 2017 model Lexus LX 570 stated to be worth around 50,000,000 million naira.

Mimi Orjiekwe is not just amongst Nollywood’s most beautiful and classy actresses but she is also rated amongst the most influential actresses in Nigeria with a net worth of over $200,000 dollars.