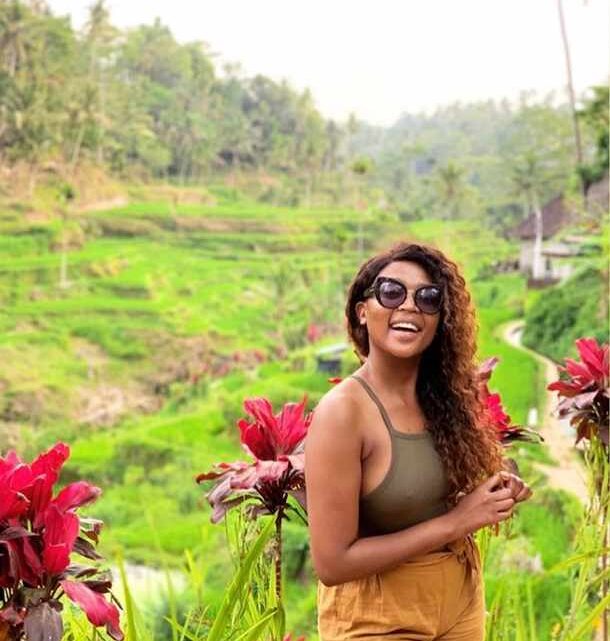 She is an on-screen personality that became famous due to her role as Thabitha Cele (Thabi).

She played a raunchy young lady who was notably involved in a bondage scene involving hot candle wax SABC1 soap-opera, Generations: The Legacy.

Motsoaledi ‘Mo’ Setumo was born and raised in Kagiso on the Westrand.

She had a rough childhood experience because her mother was involved in a car accident when she was eight years old.

She stayed with relatives for years while her mother was still recovering from the accident, leaving her quadriplegic.

Motsoaledi ‘Mo’ Setumo is the only child to her mother, Glenda Setumo and a firstborn to her father, Johnny Setumo.

Her father focused on her mother’s recovery when she was young and less attention was given to her then.

However, she did not allow his rough childhood experience to limit her talent by developing the innate gift in her at a tender age.

Motsoaledi ‘Mo’ Setumo had her primary and high education in Kagiso, Westrand, before furthering her study at the Media Studies and specialized in Radio Broadcasting at Boston Media House, from 2011-2013.

Since Motsoaledi ‘Mo’ Setumo made her debut in 2015 with her role on Generations, in June 2015, this was her first credited screen acting role.

Reports have it that she auditioned three times before she landed the role of Thabitha. In 2016 and 2017, she got featured as Tselane Dlamini in the Mzansi Magic telenovela, Greed & Desire.

Subsequently, she had a recurring role as Mmabatho on the Mzansi Magic soap opera, The Queen, making her first appearance in Season 2, Episode 124, which aired in January 2018.

Since Motsoaledi ‘Mo’ Setumo made her debut in the industry, she has graced a lot of drama, and this can be linked to her sublime beauty and mesmerizing voice. The beautiful actress talked about the time acne almost caused her to give up on her acting career, but she overcame the disease then.

Motsoaledi ‘Mo’ Setumo amasses over 455K followers on her Instagram page, and she is very active on the platform.

Motsoaledi ‘Mo’ Setumo‘s life can be said to have been full of challenges since she was eight years old, and she has always been strong enough to overcome those challenges that come her way.

Motsoaledi ‘Mo’ Setumo likes to keep her personal life away from the public, which makes a lot of rumour keep spreading about her. In 2019, the media rumoured that Motsoaledi Setumo was pregnant, a rumour that later became false.

Her love-life is nothing to write about because she said she “felt unloved” and has not shown any man as his lover since then. Motsoaledi ‘Mo’ Setumo lives in South Africa, where she is advancing her rising career.

Motsoaledi ‘Mo’ Setumo has become one of the most soughted South African actress, the beautiful actress is estimated to be wagging with a net worth between $50,000 – $100,000.