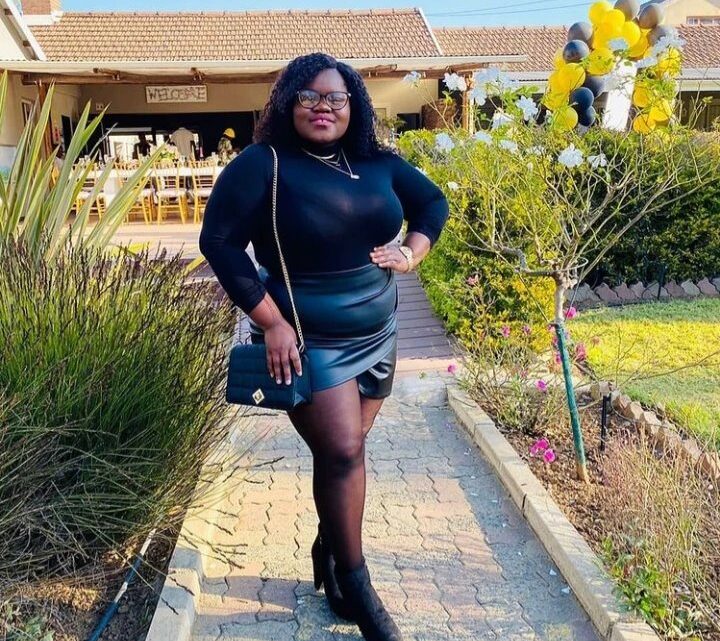 He is best known for her debut television role as Snenhlanhla ‘’Sne’’ on Diep City.

Being spectacular in her display on the TV show has marked name on the lips of the show’s viewers.

The fast-rising actress Nompumelelo Vilakazi was born on 20 October 1997. She was raised in Winterton, KwaZulu-Natal.

During her days in school, she was belittled, body-shamed, and bullied. To make matters worse, she was told that she was ugly.

When she left KZN for Jozi to pursue her acting dream, she didn’t receive much support from her family because they were skeptical about the idea.

Mostly because Nompumelelo Vilakazi had to leave her teaching job, which she took years of training for at UKZN.

Nompumelelo Vilakazi matriculated from Ntathakusa Secondary School in Winterton, KwaZulu-Natal, before furthering her studies at the University of KwaZulu-Natal in 2017. She graduated in June 2021.

Nompumelelo Vilakazi began to teach as an assistant in 2020 and loved her work. Abandoning the job she is qualified for raised concerns on her family’s side.

After years of studying and qualifying for a course, she leaves it for her dreams. Though she had been doing drama for a while. She began to do theater in a local theatre production in Winterton.

In 2021 came her first role on television as an actress. Nompumelelo Vilakazi made it as cast in the Diep City. She plays the role of Sne in the Mzansi Magic telenovela.

Her character is in a click of girls who are friends. To survive, these four girls turned to burglars. She is the gossip in her gang; she knows events and other things in the streets.

Nompumelelo Vilakazi started doing drama in a local theatre production in Winterton, where she grew up. She didn’t let naysayers bring her down by their words. She believes she can do it. This made her comfortable showing up on stage the way she was, making people love her for her talent.

It’s incredible how many opportunities social media has offered people looking to fulfill their dreams.

The actress was discovered by Black Brain Productions via an Instagram live audition. This audition marked the beginning of her journey on DiepCity and her first-ever role on a TV series.

In the movie titled “Diep City“, she is in an abusive relationship but would not dare leave because she wants her children to grow up in a home where the parents are together. So, she is willing to overlook the treatment, primarily as the boyfriend provides for her in ways that her Skopo (Sheep’s Head) business cannot.

Her character is part of a gang of four girls who are friends who become burglars to make ends meet. She is the group’s gossip and always knows everything that’s happening on the streets.

Nompumelelo Vilakazi is currently dating a handsome boyfriend which she hasn’t flaunted on the media space. The duo have been happy together according to sources close to them.

Having garnered much income for herself through movie roles and business ventures, Nompumelelo Vilakazi has an estimated net worth of US$200,000 earned as an actress.

She has gained over 48.5k followers.