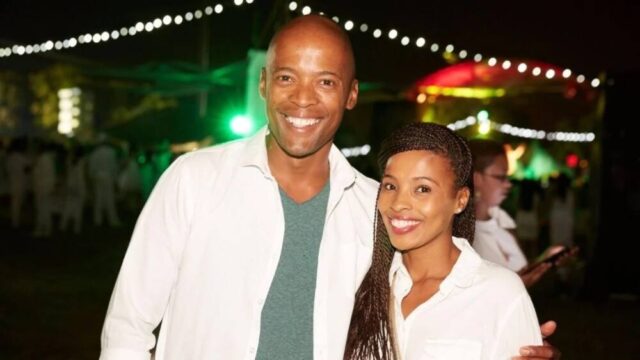 He came into the limelight due to his impeccable performance in roles awarded to him.

His portrayal of Siya Radebe on the SABC1 soapie Generations: The Legacy led to his renowned name.

Kabelo Moalusi was born on the 15th of August 1984 in Kagiso. Then, he grew up in Krugersdorp, South Africa.

He grew up with his parents, who are still alive today, and siblings. Also, let’s not forget that Kabelo Moalusi has a twin named Keabetswe Moalusi. Is he related to Thapelo Mokoena? We have no confirmation in relation to this.

He had his high school academic pursuit at West Ridge High School. After which, he furthered his studies at Damelin, where he studied Business, Management, Marketing, and Related Support.

Kabelo Moalusi is a South African actor and gained popularity for portraying Siya Radebe on Generations: The Legacy, a SABC 1 soap opera.

He has also appeared in many other serials on TV. He was cast in Z’bondiwe as Lunga. He also appeared at the Mzansi Magic soapie Isibaya as Hijacker 3.

On the popular soap opera on e.tv Backstage, he appeared as Thabiso Mokoena. In 2016, he was cast to play a recurring role on Z’bondiwe, an e.tv drama series.

He landed another recurring role on The Queen. He was cast as Roy on the Mzansi Magic telenovela and made his debut appearance on 28 September 2016.

The starring role of Mokau Malefo, an accountant, on Bones of My Bones, an SABC2 drama series, followed in 2017. He also appeared on the SABC3 soapie Isidingo playing Ofentse Moloi.

In 2018, Kabelo Moalusi landed another starring role of Tumelo in The Throne. The character on the Mzansi Magic telenovela is the only male child and the middle child of the queen.

And then, in December 2020, Kabelo Moalusi joined the etv daily drama series. The drama Rhythm City as Pastor Makoro with Limakatso Mokhiti as Deaconess Sonto.

Kabelo Moalusi has an interest in Motor Biking. Although his wife’s name is not published in the media, he is a married man.

Kabelo Moalusi can be found on Twitter and Instagram @KabeloMoalusi and @kabelomoalusi, respectively. He always shares family photos and his love for motorcycles on his accounts.

Apart from the prominence he has gained as an actor, he acquired wealth. Kabelo Moalusi has an estimated net worth of US$50,000.