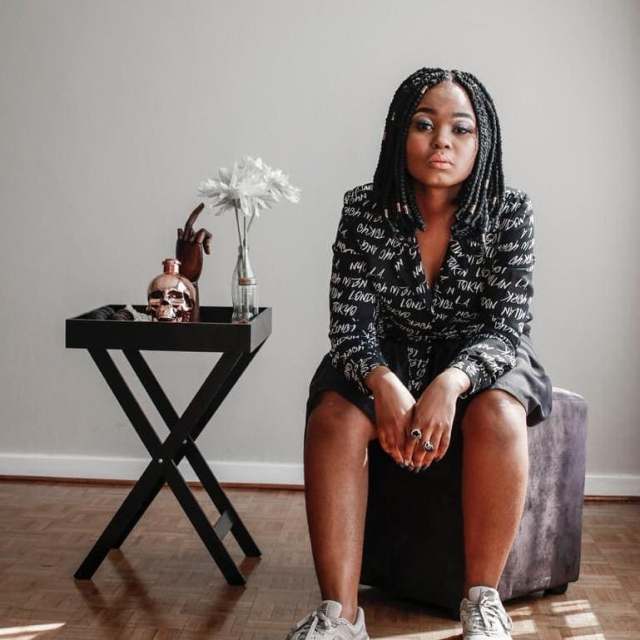 She is popular for her portrayal of the role of Keamogetswe on the South African E.TV’s show, Rhythm City.

She has also appeared in theatre productions and has performed in the Market Theatre in Johannesburg.

She is a sound technician at the Grahamstown Arts Festival.

Kamogelo Molatlhoe was born on the 25th day of February in 1995. She had had childhood experience in the cities of South Africa.

She was raised by both parents in a modest household.

She was encouraged by her parents to be hardworking and goal-oriented.

Kamogelo Molatlhoe started and completed her primary and secondary school education in her hometown in South Africa.

She attended the University of Witwatersrand (Wits University) and graduated from the institution in 2017 with a Bachelor of Dramatic Arts degree.

Kamogelo Molatlhoe made her first appearance on television in the SABC1 youth program Bona Retsang. She appeared in the Living Positive segment of the program.

Later on, she got an acting role in the Mzansi Magic Movie, The Stick Up. The movie was first aired in June 2016 on Mzansi Magic and she starred alongside Andile Mbatha. Her performance was positively received by fans.

She was cast in the first season of the popular South African drama series, Ingozi where she played the role of Tshepang. Her character is an energetic girl who has the will to do anything in life irrespective of the limitations of life and limitations set by individuals.

She played the role of Keamogetswe on Rhythm City, this show catapulted her to national fame. She made her first appearance as Reneilwe’s younger sister, Keamogetswe in February 2019. As a result of her wonderful performance, she was in Lithapo, a popular South African telenovela.

She played the role of Cebile. This is her first starring role on television and is a big achievement and milestone for the young actress. The telenovela was aired in January 2020 just before the lockdown.

Kamogelo Molatlhoe is active on Instagram. She can be found on Instagram @kamo_molatlhoe and has over 170,000 followers.

She is also active on Twitter @Kamo_Molatlhoe. She is also an online content creator and has gained followers on social media. She shares pictures and videos of her lifestyle including her fashion style and profession.

Kamogelo Molatlhoe is a very driven individual. She is private about her relationships and is currently not married and has no children.

She loves playing challenging roles in the entertainment industry and her characters are mostly younger than her real and. She aims to create her own film production company.