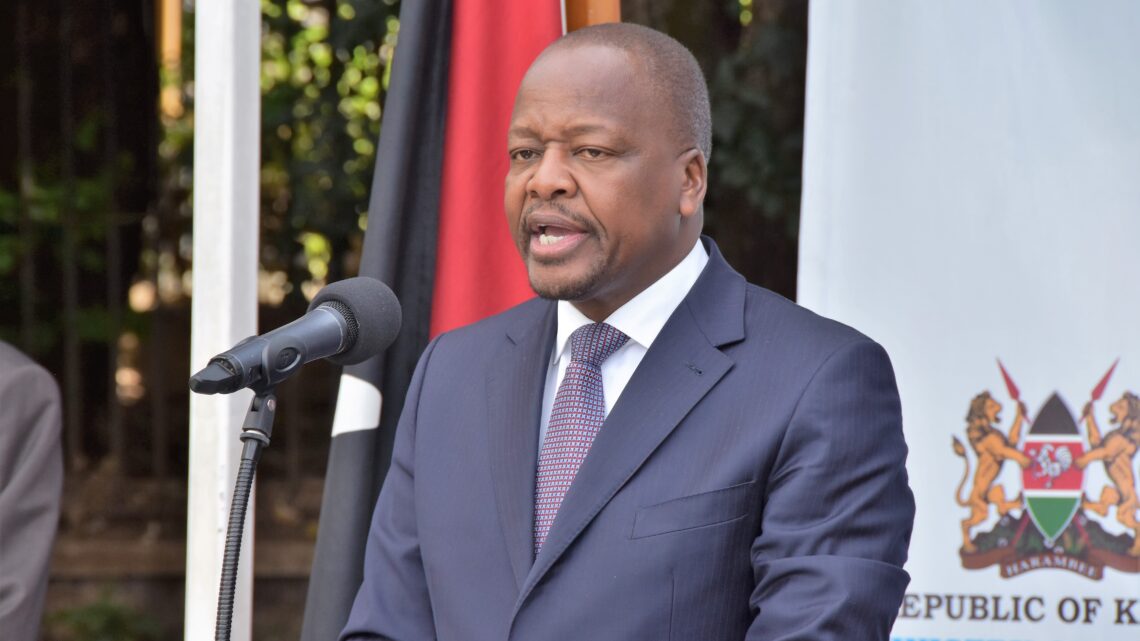 Mutahi Kagwe (born Januray 1958) is a renowned politician in Kenya that has been in service since 2002.

He is the current Cabinet Secretary of the Ministry of Health for the Republic of Kenya.

He served as the first senator of Nyeri Country in Kenya. He is married to Anne Wanjiku Mutahi and they have four kids. He is an alumnus of the University of Nairobi.

Mutahi Kagwe was born in 1958 in the Republic of Kenya.

He was raised by his mother and father in a small village in the Kenyan Colony.

He was encouraged by his parents to take his education very seriously and he was very studious as a young child.

His academics later service as a platform for his political career.

Mutahi Kagwe had his primary school education at Kihate Primary School from 1965 through 1971. He obtained his Ordinary and Advanced level results in 1977 from Kagumo High School in Kenya.

After obtaining his O and A level result, his excellent performance got him admission to the University of Nairobi, and graduated with a Bachelor’s degree in Commerce. He got his MBA degree from United States International University (USIU) in 1992

He was appointed to serve as Cabinet Minister for Information and Communications. As Cabinet Minister, he started the project for the construction of the transformational East African Marine System, which was the first of its kind in Africa.

Another milestone achieved during his time as Cabinet Minister was Mpesa, the first mobile money transfer system in the world created by Kenya. It was a proud moment for not only the country but the continent of Africa as a whole.

He started the project titled Early Childhood Education aimed at improving the quality of education in Kenya. He also introduced the Cyber Security and Protection Bill in Kenya. He later became the first Senator of the Nyeri County and served from 2013 to 2017.

Mutahi Kagwe is the new Health Cabinet Secretary in the Republic of Kenya. He assumed office in 2020 and along with Dr. Mercy Mwangangi, Patrick Amoth and Dr. Rashid Aman were responsible for reducing the effect of the COVID-19 pandemic via the creation of guidelines.

Mutahi Kagwe is happily married to Anne Wanjiku Mutahi. Together they have for children Kagwe Mutahi, Njoroge Mutahi, Nyawira Mutahi, and Kahumburu Mutahi.

His wife is the daughter of the former Minister of Environment of the Republic of Kenya, late John Michuki.