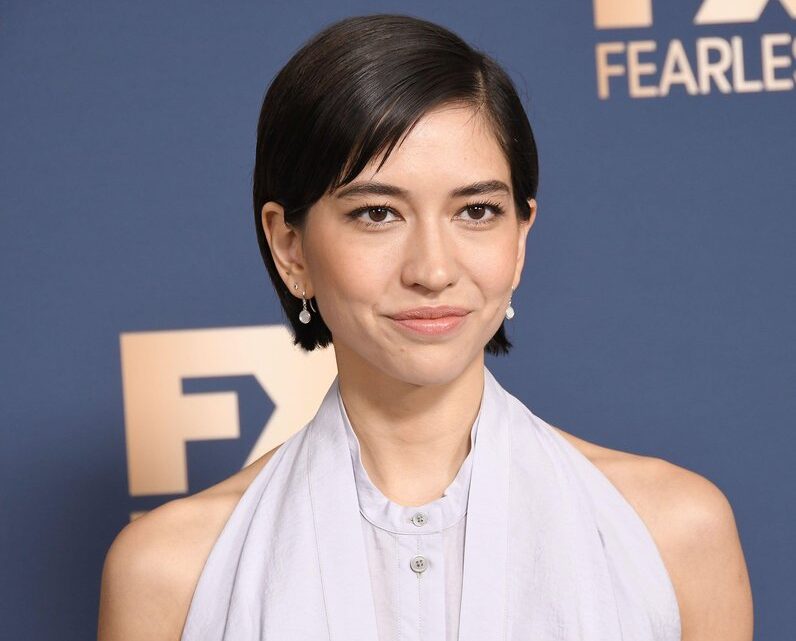 Sonoya Mizuno is a spectacular and well-endowed actress, ballet dancer, model of Japanese and British–Argentinian descent.

She attended ballet classes from age 9, with the hopes of becoming an actor, eventually graduating from the Royal Ballet School, and danced for several ballet troupes.

At the age of 20, Sonoya Mizuno stepped into the field of modeling and recorded huge success.

She has starred part in a few widely acclaimed movies, such as Crazy Rich Asians, La La Land, and Beauty and the Beast.

She holds both British and Japanese citizenship.

Her mother, Saya Mizuno, is of British and Argentinean descent, while Hajime Mizuno her father is from Japan.

Both her parents worked as diplomats at some point until her father became an art director.

Sonoya Mizuno spent her early days in Somerset, England, with a dream of becoming an actor someday.

At the age of 9, Sonoya Mizuno enrolled at a local ballet school in England.

Then, on the recommendation of her ballet school teacher, she auditioned for an entry into the Royal Ballet School in London. She was eventually chosen, where she spent 10 years at the school, learning classical ballet.

Sonoya Mizuno began her career as a ballet dancer. After graduating from the Royal Ballet School, she danced for several ballet companies, including Ballet Ireland, Semperoper Ballet in Dresden, New English Ballet Theatre, and Scottish Ballet.

And when she was 20, she stepped into the field of modeling and modeled for several famous brands, such as Saint Laurent, Chanel, Alexander McQueen, and Louis Vuitton.

In 2014, Sonoya Mizuno was featured on The World’s Greatest Show by Arthur Pita and performed at the Greenwich Dance and the Royal Opera House.

Sonoya Mizuno made her full-fledged film debut in Ex Machina in the same year, a science-fiction psychological thriller directed by Alex Garland.
The film featured her as Kyoko, who is a humanoid supported by artificial intelligence. Sonoya Mizuno performed the role flawlessly.

Before that, she had appeared in other films with the role of a forest guard in Venus in Eros in 2012. In 2016, Sonoya Mizuno appeared as Jazzy in an American drama film titled High Strung, and the same year, she portrayed Suzie in a movie titled Alleycats.

In 2016, she played a minor role in an Academy Award-winning movie titled La La Land, a romantic musical film directed by Damien Chazelle.

She started opposite Emma Stone and Ryan Gosling, playing the lead couple. In 2016, Sonoya Mizuno appeared as Caitlin, who was one of the roommates of Mia, the role played by Emma Stone.
In 2016, she performed as the feature dancer in a music video titled Wide Open by The Chemical Brothers and Beck. She also appeared in the music video for the song Nikes by Frank Ocean.

In 2017, Sonoya Mizuno played a minor role of a debutante in an American romantic fantasy movie titled Beauty and the Beast, and in 2018, she appeared as two characters, Katie and a humanoid, in a science-fiction horror film titled Annihilation.

The same year, she appeared as Ganja in All About Nina‘s film and portrayed Betsy in a horror movie titled The Domestics.

In 2018, Sonoya Mizuno starred one of the most notable roles of her career. She was chosen to play Araminta Lee in an American romantic comedy titled Crazy Rich Asians.

The film was based on the novel of a novel with the same, written by Kevin Kwan. In addition, the film featured Sonoya Mizuno as the heiress to a billion-dollar resort chain.

Furthermore, she appeared in one of the lead roles of a miniseries titled Maniac, a psychological dark comedy series televised on Netflix, as Dr Azumi Fujita, in 2018.

In 2019, Sonoya appeared in a film titled Ambition and in a series called Devs.

The Japanese-American Sonoya Mizuno is quite tall with a height of 5 feet 7 inches 1.7 meters, which is entirely responsible for her adorable appearance. She also has an average weight of 58 kg (127.5 Ibs) to compliment her pear body type.

Her figure measurement is 34A-25-35 inches- waist 25 inches and hips 35 inches.
Her black hair usually appears neatly combed, and her dark brown eyes is an open secret to her beautiful smile.

However, the actress is yet to tattoo her lovely skin.

The beautiful Sonoya Mizuno is reportedly single. However, she prefers keeping her personal life away from the media. Hence we cannot ascertain if she has been in any in the past.

Sonoya Mizuno has come good in the entertainment world. She manages her brand quite well.

No wonder she has accumulated an estimated $1.5 million as net worth. Aside from being an actress, she is also a good dancer and a model.

Sonoya Mizuno started acting in 2014 in a film titled Ex Machina, appearing as Kyoko. The Japanese-American is super talented, which is why she’s performed in other top movies and television series.

Sonoya Mizuno has acted in the following: