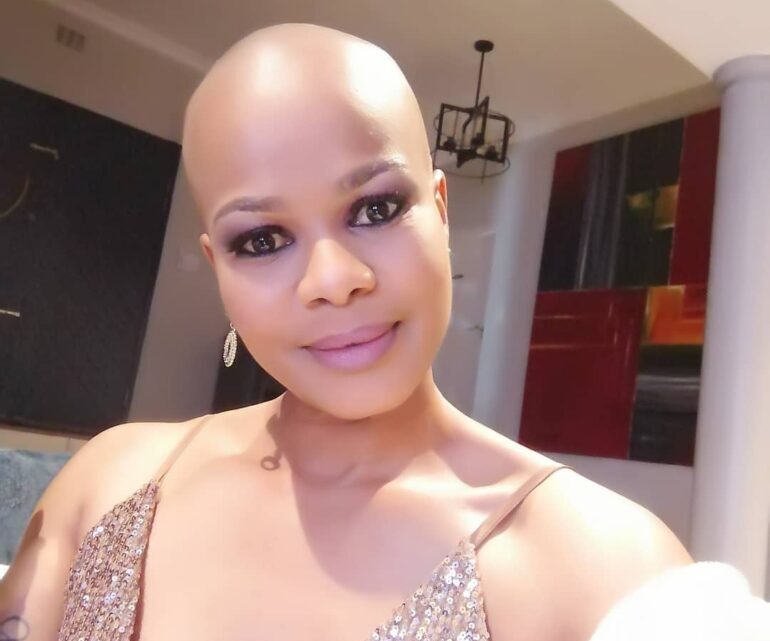 We like to call her the wonder woman of South African movies whenever she is on set. This is because she does acting so effortlessly, like it is nothing.

Tsholofelo Matshaba (born 4 July 1983) is a Mzansi actress prominent for her role in the SABC2 soapie program titled “Muvhango”.

The actress also played the role of detective Jasmine on Kings of Joburg; over the years, Tsholofelo Matshaba has successfully built an enormous army of fans on the Instagram handle.

She has been featured on numerous South African blockbuster television shows, such as Muvhango, Skeem Saam, and The River.

Tsholofelo Matshaba was born in Pretoria on the 4th of July 1983.

She was born and grew up in north Pretoria, in a town called Mabopane.

However, details of his upbringing are scarce. Tsholofelo Matshaba does not like to talk about their past lives in public, hence why her upbringing background is not made known to the public.

She earned a National Diploma in Musical Theatre from the Tshwane University of Technology between 2002 and 2004.

Tsholofelo Matshaba began her career as a theatre actress after graduating from university. She has made notable appearances in the following movies “Born in the RSA 2, Melodies of Love, Jesus Christ Superstar, The Lion King, Soweto Story, Aladdin, and Robinson Crusoe. These are some of the theatrical acts in which she has appeared.

Since then, she has been in several television dramas and soap operas, including Muvhango, Skeem Saam, Mamello, The Throne, and others. In addition, she is starred as Kedibone Mokoena on The River.

Tsholofelo Matshaba got married to her soulmate, Chris Matshaba on the 27th of December 2014. Tsholofelo and Chris tied the knot in Ramokokastad.

Chris Matshaba was a businessman who also worked as a DJ and radio host on Motsweding FM. Unfortunately, he died in 2018, four years after their union, after battling cancer, thereby putting an abrupt end to their love escapade.

Tsholofelo Matshaba was devastated by her husband’s demise because she had lost the love of her life. For four years, Tsholofelo and Chris were happily married until the sudden demise of her husband.

At a point, the bereaved actress wrote a touching tribute about her ordeal since her husband’s departure from the world.

According to tributes, Tsholofelo Matshaba wrote these words to express her appreciation for Chris‘ love.

“I consider myself blessed to be your wife. I’m very thankful and grateful for all the genuine love you showed me, despite all my flaws.” It used to be sweet to refer to you as my angel, but it’s now bittersweet. I always believed that your presence in my life would change me into a better version of myself. So again, I consider myself lucky to be your wife. I will adore, love, respect, and admire you for the rest of my life.

However, her tribute has raised many eyebrows in her fan, as many of her fans misquoted the actress tributes. Some said, “the actress will never get over the death of her husband, and many never remarry again.

Prior to Tsholofelo Matshaba‘s marriage to Chris Matshaba, she had a daughter with Dingaan Mokebe who happens to be a South African actor, singer, TV personality and voice-over artist.

The talented actress, Tsholofelo Matshaba currently has a net worth of US$800,000. She garnered most of her fortunes from the entertainment industry.