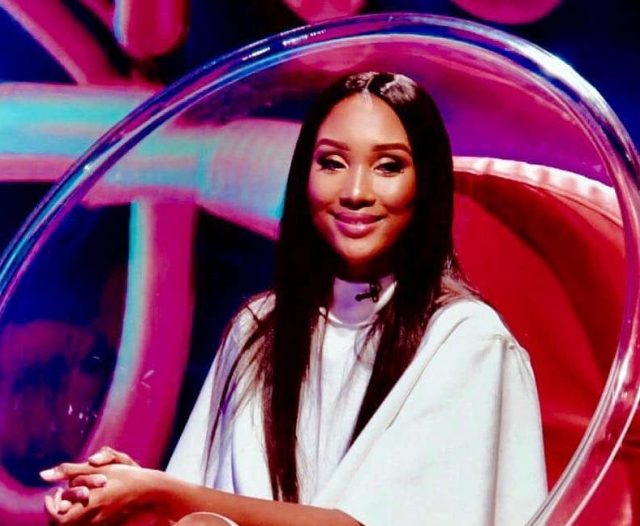 Zoe Mthiyane (born 9 November 1983) is a South African actress who is best known for her role in the television drama, Generations.

The South African-born actress was cast as Zitha in the show. She has over fourteen (14) years of expertise in the entertainment industry and has worked in it for a long time.

She came from a polygamous family and struggled with low self-esteem. Though her mother had a significant role in assisting her in overcoming this event and gaining self-confidence.

She began her career as a model and made a switch to the acting industry. Since then, the soap opera star has won the hearts of many via her performances.

Her talent, as well as her level of professionalism, have earned her a large following.

Zoe Mthiyane comes from a low-income family. She grew up in a polygamous household. Her father has five (5) wives, with her mother being the youngest of them all. She was born on the 9th of November, 1983.

Having a polygamous background is something that no child wishes for, but it was Zoe Mthiyane‘s lot life. The experience according to her was bittersweet as she learned a lot about interpersonal relationships. Zoe’s mother gave birth to a total of six children, four males, and two daughters.

She was born and raised in Mabhuyeni, in the South African province of KwaZulu-Natal. Zoe Mthiyane was labeled as an “unwanted unattractive girl” as a child. As a result, she acquired a negative self-image and suffered from low self-esteem.

After her mother won a beauty contest in 1973, She made Zoe walk in heels at the time so she could appreciate herself more, and she also entered her in beauty pageants so she could regain her confidence.

Many television fans recognize the actress for her part in the renowned South African television series, Generations. Zoe Mthiyane was cast as Zitha on the show, which helped her earn fame and popularity among the audience. This was her first acting role

Aside from Generations, she has appeared in a number of other television roles. Zoe starred in the 2016 film, The Legend of Tarzan, which was a box office hit. In the film, she played the role of a vocalist.

In the following year, 2017, she earned another acting gig. She was cast in the part of Katherine in the film, She Is King. She continues to play Zitha from Generations.

Zoe Mthiyane is the mother of two (2) children. Her first child, Awande Marawa was welcomed to the world on July 18, 2011, at The Bay Hospital in KwaZulu-Natal, South Africa.

Awande is the result of Zoe Mthiyane‘s romantic engagement with Robert Marawa.

Lulonke is her second child and the Father’s details have not been released to the public.

Her love life has reportedly been linked to two (2) guys. However, rumors flying about the claim that she is dating Rapulana Seiphemo, a fellow cast member on Generations. Her decision to remain silent on the story has caused eyebrows to raise.

The rumors grew louder after a photo of her with Seiphemo appeared on social media.

According to sources, the popular TV personality has drinking issues. Her drinking issue is negatively impacting her relationship and career.

The same sources claim that she struggles with her drinking issues and blames them on her ex-boyfriend, Robert Marawa, who also drinks, as well as the fact that we’re always together.

The condition is said to be affecting her career, as the actress frequently forgets her lines. She doesn’t even show up to work. Her drinking issues are reportedly said to have slowed the development of Generations on multiple occasions.

Fans, on the other hand, believe that if the allegations are indeed genuine, she should have been fired from the show. Since South African television producers have little patience for unprofessionalism

Zoe Mthiyane is active on Twitter and Instagram, her social media handle is @Zoe_Mthiyane for both platforms. She has over 250 thousand followers on both platforms.

The loved and adored South African television personality, Zoe Mthiyane has amassed an estimated net worth of $400,000-$750,000.