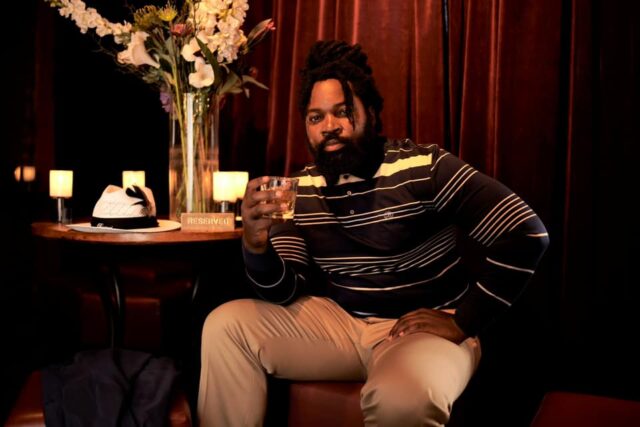 He was born on the 7th of April, 1986 and grew up in his hometown at KwaZulu-Natal Province. The rap artist started off as a taxi driver but ventured into the music industry in 2009.

He has also featured in the popular South African soap opera, Isibaya.

Siyabonga Nene a.k.a Big Zulu, was born in Bergville, KwaZulu Natal, on the 7th of April, 1986. His parents were not wealthy and struggled to provide basic amenities for their family.

Due to that, Big Zulu was very hardworking; a trait that endeared him to his neighbors and childhood friends.

He grew up listening to Maskandi and Scathamiya and idolized artists such as Ladysmith Black Mambazo, Phuzekemisi and Imithende.

Big Zulu was not the brightest of his set at school. After his basic education, he resorted to taxi driving. Later on, he became very inclined to rap music.

After developing a great interest in Inkabi rap music, Big Zulu quit his job as a taxi driver to focus on music in 2009.

His talent in the genre was so eminent that he won the rap contest held by ‘Back to the City‘ in 2013. He was also crowned King of Rap.

In 2015, Big Zulu had grown in the rap music industry. He was amongst the top rappers in South Africa that year. He got signed into Universal Music Records after meeting with Ntokozo Sithole.

Big Zulu has also featured in TV soap operas in recent times and played roles in Isibaya, Uzalo and Isithembiso.

The South African rapper, Big Zulu is in a relationship with Lebogang Makenete.

He is also a father to two children. His daughter was birthed from his current relationship while his son, Shaka was born by Bulelwa Nazo.

Big Zulu was arrested in 2018 at Gauteng for allegedly assaulting the mother of one of his children. The incident drew criticism from many of his fans.

He currently resides in Newtown with his girlfriend and children.

Big Zulu‘s time in the rap industry has been financially rewarding. His level of influence has seen him rack up a net worth of $200,000.