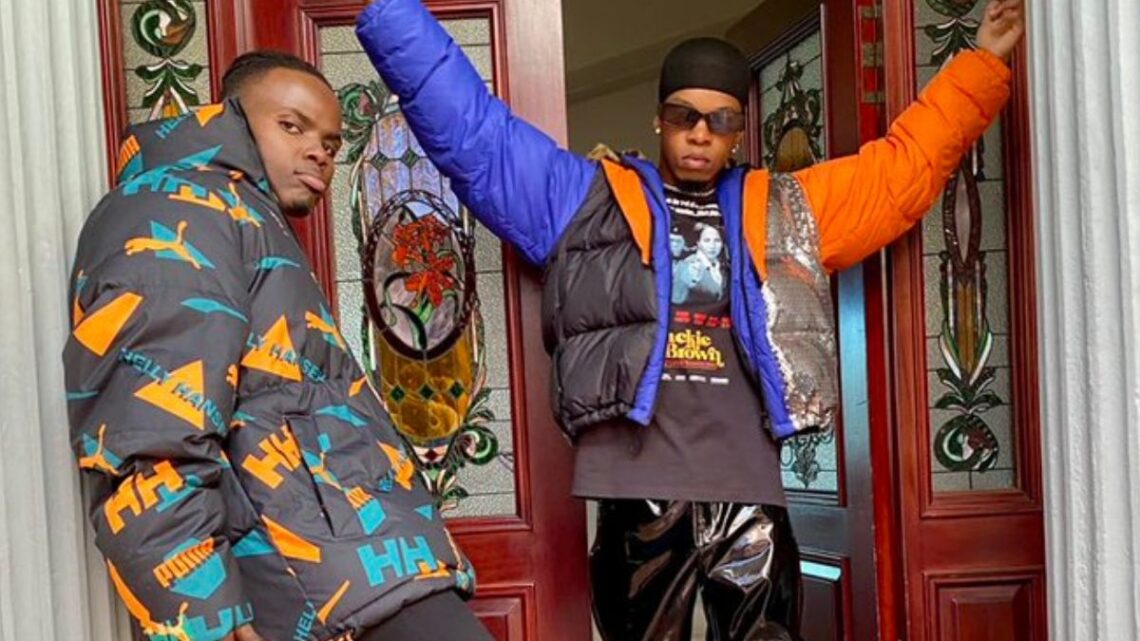 The duo has been one of the shining stars of the African music industry since they released their debut album, Inqola.

Blaq Diamond has become a household name in South Africa with over a dozen award wins under their belt.

They are currently signed to the A-list record label, Ambitiouz Entertainment.

The path of Ndumiso Mdletshe and Sphelele Dunywa crossed when they were teenagers in 2010.

They were still in high school at the moment. Blaq Diamond had met each other while competing at a Rap Cypher in their community.

Due to their shared passion for music, they had taken an interest in each other and soon became bosom friends.

They began performing at school functions in their town and other community events, winning Blaq Diamond the admiration of many people. After giving much thought to their aspirations as musicians, they decided it was best they moved to Johannesburg. Johannesburg was a more developed city than their hometown, and they had a better chance of becoming stars in the city.

With little money at Blaq Diamond disposal, they took up menial jobs so that they could survive while pursuing their passion. Whenever they got off work, they would visit a recording studio close to their apartment to record songs they had composed. Their effort soon paid off.

The duo Blaq Diamond was thrown into the spotlight after they released their debut album, Inqola, in 2017. The project earned them a lot of nominations at music awards in the country. The album, which is mainly Afro-soul sound, was evidence of both artists’ creativity.

The single was nominated for Record Of The Year at the South Africa Music Awards. The duo Blaq Diamond went home with the award that night.

Before the 2020 pandemic began, Blaq Diamond released the album’s third single, Love Letter. The song made it to the number 3 position on the iTunes music chart. In addition, it recorded a similar success by ascending to number 11 position on Radio Airplay Charts.

On the 31st Of January 2020, the duo Blaq Diamond released their highly anticipated second studio album, Umuthi. The album was a commercial success and made it to the number 1 position on iTunes Album Charts. In creating the album, Blaq Diamond collaborated with notable names in the industry such as Cici, Thee Legacy, Sjava, and Igcokama Elisha.

The video of their single, Messiah, released on the 4th Of June 2021, has amassed over three million views on YouTube.

Blaq Diamond celebrity status makes them famous faces on social media. They currently have over 521k followers on Instagram and over 76.8k followers on Twitter.

Many have expected Blaq Diamond to have separated, but they have proved their critics wrong by remaining committed to the joint vision of making quality Afro-pop music.

The duo resides in Johannesburg, South Africa, where they live in separate luxurious apartments and own exotics cars.

Blaq Diamond founded their own music label, Umuthi, as a joint partnership with music giant Ambitiouz Entertainment. Both artists are in their early twenties and are currently single. Although they had been romantically linked with some ladies in the past, they are more focused on their careers now.

Besides performing at several music gigs in the continent, they also earn lots of money as brand ambassadors to leading companies in the country, such as Russian Beer.

Blaq Diamond has no records of girlfriends, wives nor spouses published on the media.

With series of hit songs across Africa and as a music group, Blaq Diamond has a combined net worth of $8 million – $10 million.