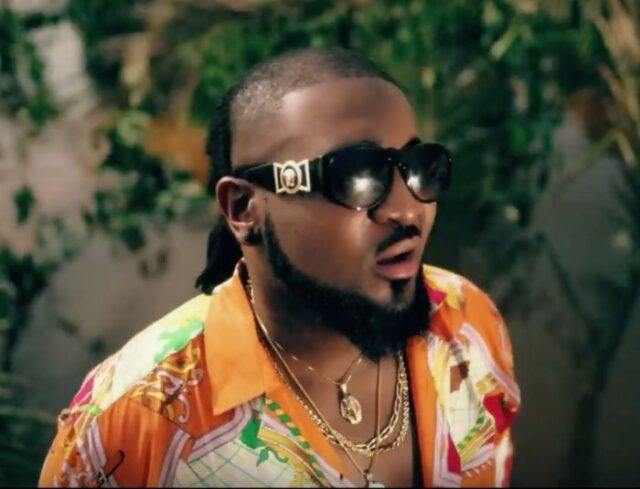 He is a multi-gifted creative who is known professionally as Ceeza Milli.

His successful career can be traced back to his early days in Ghana.

He has worked with many of the big names in the industry.

Ceeza Milli came to the limelight in 2015 after dropping the singles, Banging and Sai Baba.

His most recent work is Nawa, whose video has generated millions of views on YouTube.

Ceeza Milli was born to the Bosah family of Nigeria on the 21st Of October 1991. Eight days after his birth, he was named Ifeanyi Charles. He is an Igbo boy who hails from Anambra State. He came from a Christian family and was raised with good morals.

Though he is a southeasterner, Cezza Milli grew up in Lagos State. He was raised by a single mom, who ensured that he didn’t lack any good things. On the contrary, his mother worked hard to ensure that he enjoyed the best things of life and attended good schools.

Ceeza Milli developed an interest in music while he was still in primary school, which made him join the choir. His time in the choir helped develop him musically as he improved on his vocal sounds and learned how to compose songs.

So, it was no surprise that he picked up sound production at the age of seventeen and started learning how to make beats. Within a few years, he mastered the craft and became a good music producer.

He studied at one of the leading universities in Ghana for his undergraduate studies.

As an artist, Ceeza Milli has rebranded twice. He was formerly known by the stage name, Efine. Under the moniker, he released a couple of mixtapes, which helped to launch his music career in Ghana.

His debut single, Stamina, featuring Ghana rapper, Sarkodie was a hit and won him recognition in the industry. Encouraged by this, he dropped other singles before relocating back to his fatherland, Nigeria.

On moving back to Nigeria, he changed his stage name to Ceeza Milli and started collaborating with A-list artists in the industry. He got his big break after releasing the hit single, Banging in 2015, which made him immensely popular in the Nigerian music space.

Riding on that wave, he went back to the studio to record another banger titled Sai Baba. The song featured DMW artists, Dremo and Ichaba.

His A-list artist status was sealed after he appeared on the single, Soco by Wizkid. The song, which was one of the trendy songs of 2017, helped Ceeza Milli build a strong fanbase.

His latest work NAWA has garnered over million views on YouTube, helping sustain the love his fans have towards him. To commemorate his 30th birthday, he is set to drop a single, Medicine, on the 21st Of October 2021.

Ceeza Milli is a familiar face on social media due to his celebrity status. He currently has over 111k followers on Instagram.

The 30-year-old artist, Ceeza Milli is based in Lagos City. He resides in a beautiful and spacious apartment building and owns some exotic cars.

He is currently signed under Aristokrat Records, owned by Priye Isokariari. The Afrobeats star is single at the moment, having broken off from a serious relationship with his girlfriend not too long ago. However, the identity of his ex-lover is unknown because he kept the relationship private, away from the public’s gaze.

Ceeza Milli credits his mother for being his biggest fan, having supported his dream from the beginning.

Mention the new generation Afrobeat leaders, you would surely acknowledge Ceeza Milli‘s contribution. Currently, he has an estimated net worth of $500,000-750,000.