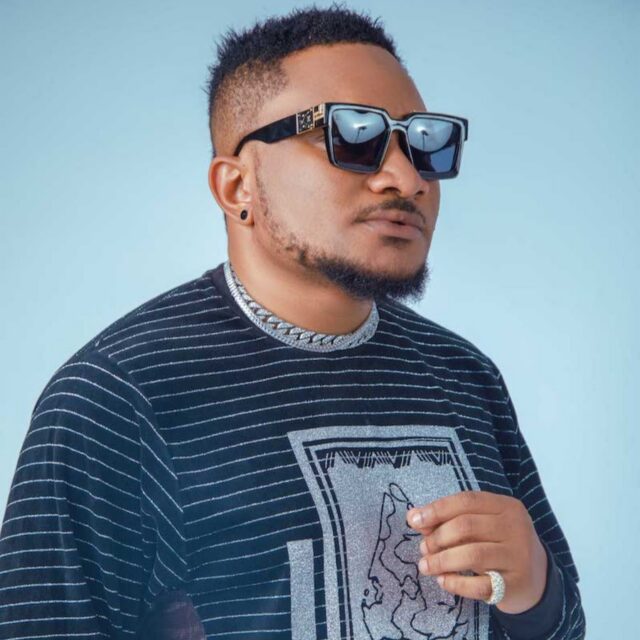 If you’re a keen follower of Nigerian music, then you must have heard of Masterkraft.

He rose to stardom after signing with one of the biggest record labels known as Kennis Music.

He was born in one of the busiest places in Lagos State, known as Ajegunle, from an average family.

He originates from the Ibo tribe in Enugu State, South-east Nigeria.

Masterkraft, at a young age, was very intelligent and wanted to be an Accountant.

Despite coming from a poor background, he worked so hard in school that he came top among the students in his school known as Ajeromi Ifelodun Local Government School, Ajegunle, in the common entrance exam and was offered a scholarship by the government.

Unfortunately, his uneducated and ignorant parents didn’t know what the scholarship meant; thus, they rejected the opportunity. Masterkraft’s dream of becoming an accountant was shattered at that moment, but the superstar kept pushing forward nonetheless.

His father died while he was still young, creating a huge vacuum to fill in the family and years of hardship.
He had to do manual jobs to provide for his family and himself.

Masterkraft was schooled in his local town Ajegunle at the Ajeromi Ifelodun Local Government School in Lagos State.

But, unfortunately, he was unable to continue his education due to financial reasons, even though he was offered a scholarship by the Lagos State government after a top-notch performance at the common entrance examination in his school, which his parents ignorantly rejected, instead wanted him as an apprentice to a business owner in Alaba market Lagos State.

Masterkraft started an extraordinary career as a DJ playing as a junior choir member for his church at a very tender age.

The path in which he took for a career as a professional DJ was very rough. This was majorly caused by his father’s untimely death, which made him hustle hard on the streets of Lagos with manual jobs and, at the same time, keeping his head straight towards achieving his dream of becoming a DJ.

Masterkraft was shown on him in 2009 after he got a deal to sign for one of the major record labels in Nigeria known as Kennis Music as an official DJ.

He didn’t relent on his efforts, not even after he met with Nigeria’s most prominent rapper, MI Abaga who later introduced him to another big artist in the music industry known as Banky W.

Masterkraft gained more momentum and was responsible for hits songs in Nigeria, such as; “Girl” by Bracket featuring Wizkid, Fine Lady featuring Lynxx and Wizkid, Jasi by Bank W, and a host of other hit songs.

Masterkraft is a versatile music producer that is well recognized in Nigeria and beyond. Sources state that he charges nothing less than five hundred thousand nairas to produce a song and three hundred thousand to perform on stage.

Masterkraft also deals with his social life well. He is available on popular social media platforms to display his arts and update fans about upcoming events or music. He is very much open on;

Masterkraft is a popular Nigerian Disc Jockey with a height of 5 feet 6 inches and weighs 65 kg.

He is currently single and without a child. However, in one of his interviews, he joked that he will not marry unless his fellow entertainer and very close friend Flavour does.

Masterkraft, with a story of ‘grass to grace, ‘is one of the most influential DJs in Africa.

He is estimated to own a net worth of $3.6 million. He is also a music producer and a songwriter. In addition, he owns a fleet of cars and a few houses in and outside Lagos State.

Since starting his career professionally in 2009, Masterkraft has produced other hits in collaboration with top artists. Some of which includes;